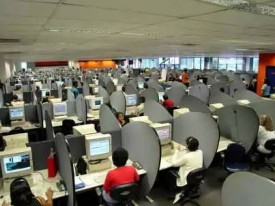 Jamaica’s tourism sector may be growing but it led the Caribbean in seeing the biggest decline in foreign direct investments for the entire region last year, according to the latest data from the Economic Commission for Latin America and the Caribbean, (ECLAC). The country experienced a drop by 135 percent with FDI investments in 2016 reaching only USD 790 million compared to USD 925 million in 2015. Most of the new investment is going to tourism. The United  States-based group, Karisma Hotels, announced that it would begin building the first  of three hotels in the Sugar Cane megaproject, while the Spanish group, Riu Hotels & Resorts, will invest  US$ 60 million in the construction of its sixth hotel in Jamaica; hotel Riu Reggae will  be a five-star, adults only hotel with 454 rooms.

Guyana may be eyeing a black gold future but last year it recorded the second largest drop in FD investments of any Caribbean nation, plummeting from USD 122 million in 2015 to USD 58 million in 2016 – a decline of 64 percent. The energy sector received the lion’s share of FDI (34 percent) and more  capital than in 2015, followed by the mining sector, 26 percent of the total, despite a 58 percent  decrease.

Suriname, the other South American CARICOM nation, also saw a huge drop off in Foreign Direct Investments last year. The country saw inward foreign investments from USD 279 million in 2015 to USD 222 million last year, a decline by 57 percent. The country’s natural resources have been the main  attraction  for  foreign  capital.  In  mining,  the  Canadian  firm  Iamgold  signed  an   agreement  with  the  Government  of  Suriname  to  acquire  a  stake  in  the  Saramacca  project  and  the  encouraging  results  of  the  initial  explorations  mean  that  drilling  will   continue.

The Central American CARICOM nation of Belize took the fourth spot on the declining foreign direct investments rank. Belize saw a 32 percent drop-off last year – down to just USD 33 million compared to USD 65 million in 2015. With this  second   consecutive year of decline FDI reached levels similar to those of the 2000s. Capital inflows were the largest FDI component, accounting for 58 percent, and their contraction could not be offset by the increase in reinvested earnings.

In the Eastern Caribbean, St. Vincent & the Grenadines led that region while ranking 5th overall, in seeing a decline in foreign direct investments last year. The country was down 17 percent last year over its 2015 total of USD 121, registering USD 104 million last year. Almost all of the investment came in the form of new capital (97 percent) and went to the tourism sector.

St. Kitts & Nevis, also in the EC, saw a drop off last year for the third year in a row. Last year it was down from USD 78 million in 2017 to USD 69 million last year, a decline by nine percent. As in other Caribbean islands, tourism has been the main attraction for foreign capital.

Antigua & Barbuda, like its other two EC member neighbors, also saw declining foreign direct investments last year. The country registered an 8 percent drop, down from USD 154 million in 2015 to 146 million last year. Capital income accounted for 93 percent of FDI and was the main factor behind the contraction, as reinvested earnings  and intercompany loans increased.

The other EC country to see a slight drop off last year was Dominica, which saw its FD investments decline from USD 36 million in 2015 to USD 33 million last year, a drop of 2 percent owing to lower capital inflows,  accounting  for  77 percent  of  the  total,  while  reinvested  earnings  and  intercompany  loans   remained steady.

Rounding out our top nine list is Haiti, which saw the least decline in foreign investments last year – dropping a mere 1 percent, down from USD 106 million in 2015 to USD 105 million in 2016. Winds Group of Hong Kong SAR has opened a new sportswear factory where 12 million garments will be manufactured for mid-range brands in the United  States, and announced that it will open a second plant in 2018 to double its production  capacity. Both projects are expected to require investment totaling US$ 90 million.

Overall, FDI reached US$ 4.878 billion in the Caribbean – an increase of 3.3 percent, with only five countries  – the Dominican Republic, the Bahamas, Barbados, Grenada and Saint Lucia –  recording  larger inflows than in 2015.

FDI  flows  to  the  Dominican  Republic  have  been  trending  upwards  for  the  past   decade. In 2016 they increased by 9.2% to US$ 2.407 billion, making the country the  ninth largest recipient of FDI in Latin America and the Caribbean.

FDI inflows to South America fell 9.3 percent to US$ 118.219 billion, with only three countries  receiving greater volumes of FDI than in 2015: Colombia, which recorded the highest  growth, Brazil and Paraguay. In Central America, where FDI expanded  by 3.7 percent to US$ 11.833 billion, only Panama and Costa Rica registered higher levels  of FDI.