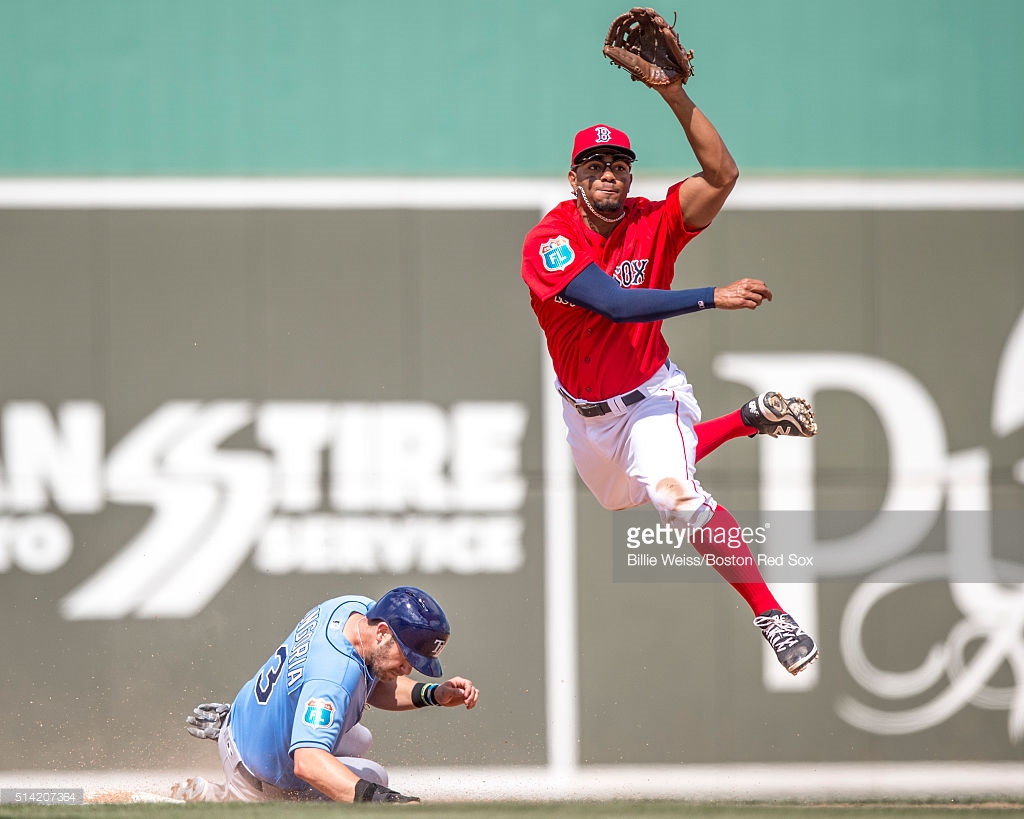 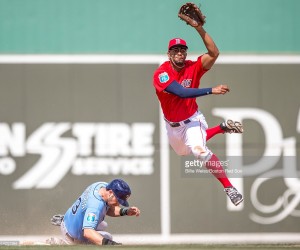 Born in Aruba is Boston Red Sox’s shortstop Xander Jan Bogaerts. This 23-year-old, 6’1″ player joined the Sox in 2013, becoming only the fifth player from Aruba to play in the Major Leagues. Bogaerts has also played third base for the Red Sox. He was born in Oranjestad, Aruba  to parents Sandra Brown and Jan Bogaerts. Mike Lord, a scout for the Boston Red Sox, discovered Bogaerts at the age of 16, in 2009. In 2011, after winning the gold medal in the Baseball World Cup, Bogaerts was inducted into the Order of Orange-Nassau by the Governor of Aruba. Bogaerts broke out in 2015, leading the Red Sox with a career-high .320 average, finishing second only to Miguel Cabrera for the AL batting title. He was awarded the Silver Slugger award for shortstop. On top of his breakout offense, Bogaerts was also a finalist for the Rawlings Gold Glove Award at shortstop. His salary is put at USD 650,000.

Antoan Edward Richardson, 32, an outfielder for the Pittsburgh Pirates was born in Nassau, Bahamas and was drafted in the 2001, 2002, 2004 and 2005 to the Major League Baseball Drafts. The San Francisco Giants signed him after they took him in the 2005 Draft. Since then this 5′ 8″ player has played for the Schaumburg Flyers of the Northern League, the Atlanta Braves, the Los Angeles Dodgers, the Baltimore Orioles, the New York Yankees and the Texas Rangers. Richardson signed a minor league contract with the Pittsburgh Pirates for the 2016 season and his salary is put at about USD 600,000.

Playing as a pitcher for the Miami Marlins is Sao Paulo-born Brazil player André Albanez Rienzo. The 27-year-old was first signed by The Chicago White Sox as an international free agent and also represented Brazil in the 2013 World Baseball Classic. On December 11, 2014, the White Sox traded Rienzo to the Miami Marlins for Dan Jennings. He is the first Brazilian born pitcher to start and win an MLB game. His salary is put at USD $216,311. Interestingly, Rienzo’s mother introduced him and his brothers to baseball after her divorce. She decided that the best way to keep Rienzo and his brothers out of trouble was to follow the example of the large Japanese community in Brazil.

Twenty-seven-year-old Arjona, Colombia-born José Guillermo Quintana is a pitcher for the Chicago White Sox. He made his MLB debut on May 7, 2012 with the Sox. On March 24, 2014, Quintana signed a five-year extension with the White Sox, which also includes club options for a further two years. He qualified as a “Super 2” arbitration eligible player after the 2014 season, activating a clause in his contract making the deal worth a guaranteed $26.5M.

Albertín Aroldis Chapman de la Cruz, nicknamed the Cuban Missile or the Cuban Flame Thrower for his left-handed throws, plays currently for the New York Yankees. The 28-year-old pitcher previously played for the Cincinnati Reds of MLB and Holguín in the Cuban National Series. Chapman pitched for Holguín domestically and internationally for the Cuban national baseball team. He defected from Cuba in 2009 and signed a contract with the Reds in 2010. Chapman made his MLB debut that season. He won the MLB Delivery Man of the Month Award as the best relief pitcher for July 2012, and has been named to four straight National League All-Star teams from 2012 to 2015. On July 19, 2015 he became the fastest pitcher in MLB history to reach 500 strikeouts. On February 12, 2016, he agreed to a one-year contract worth $11.325 million.

Born in Willemstad, Curaçao in the Netherlands Antilles and a current outfielder in the New York Mets, is Rogearvin Argelo “Roger” Bernadina. Bernadina was signed at age 17 by the then-Montreal Expos as a non-drafted free agent in 2001. He later beat out Todd Liebman for the last roster spot on the Dutch national team for the World Baseball Classic back in June 2012. Since then the 6′ 2″ player has played in Major League Baseball (MLB) for the Washington Nationals, Philadelphia Phillies, Cincinnati Reds and Los Angeles Dodgers. He has also played for the Dutch national baseball team in international competitions such as the World Baseball Classic. On February 8, 2016, Bernadina signed a minor-league contract with the New York Mets. His salary is put at USD 1 million.

Adrián Beltré Pérez was born in Santo Domingo, Dominican Republic and is known for his prodigious defensive and offensive capabilities. Pérez, 36, is a third baseman for the Texas Rangers and has been selected four times for the Rawlings Gold Glove Award, Silver Slugger Award, and MLB All-Star Game. He bats and throws right-handed. His signature home run (HR) swing includes a drop to one knee when connecting with a breaking ball. He is also known for his dislike of anyone touching the top of his head. Beltre started his baseball career while attending Liceo Maxino Gomez High School. He was spotted by the scouts from Los Angeles Dodgers. At age 15, he signed a contract with the team. Beltre currently has an estimated net worth of $125 million.

Rubén Darío Tejada was born in Santiago de Veraguas, Panama and is currently an infielder for the St. Louis Cardinals. Tejada grew up mere feet away from Omar Torrijos Herrera Stadium where his father was also a pitcher for Los Indios de Veraguas. He has previously played for the New York Mets. The 26-year-old debuted in professional baseball in 2007. On March 19, 2016, Tejada signed a one-year contract worth $1.5 million with the St. Louis Cardinals.

Javier Alfonso López was born in San Juan, Puerto Rico and is a current pitcher for the San Francisco Giants. The 6’4, 38-year-old left-handed specialist previously pitched for the Colorado Rockies (2003–2005), Arizona Diamondbacks (2005), Boston Red Sox (2006–09) and Pittsburgh Pirates (2010). He is a known for his sidearm delivery and also bats left-handed. López’s main pitch is a two-seam fastball in the upper 80s, and his secondary pitch is a slider in the low 80s. In the Diamondbacks’ system in 2002, he began throwing sidearm (or submarine), a decision that some say saved his career. His salary is put at USD 4.25 million.