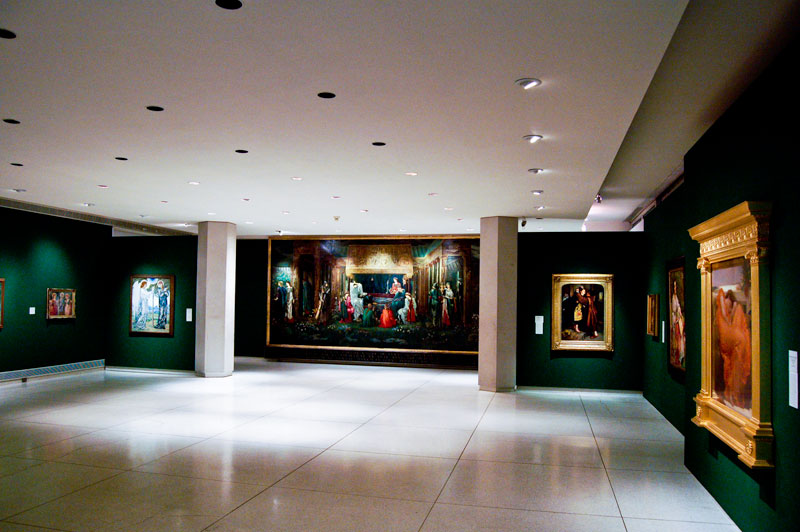 News Americas, NEW YORK, NY, Fri. Mar. 18, 2016: Art, history and culture plays a significant role in the Caribbean and several museums across the region are helping to celebrate the history of their nation’s past. Here are the top 10 Caribbean museums as voted by Trip Advisor travelers:

Taking the number one spot as the best and largest museum in the entire Americas, the Caribbean and certainly in Puerto Rico, is the Museo de Arte de Ponce, located in Ponce, Puerto Rico. This museum is amazing and houses incredible pieces of art and presents it in unique ways. It houses a collection of European art with the Financial Times of London claiming that the museum holds “one of the most distinguished private collections in the Western Hemisphere outside the United States but also features works by Puerto Rican artists. It contains one of the most important Pre-Raphaelite collections in the Western Hemisphere, holding some 4,500 pieces of art distributed among fourteen galleries. This museum was founded by industrialist and philanthropist Luis A. Ferré, and its current building was officially inaugurated on December 28, 1965. It was significantly enlarged in 2010 after a $30M expansion. The museum has been called “world class.”  It is open all week except on Tuesdays from 10 a.m. to 5 p.m. but noon to 5 p.m. on Sundays. Admission is USD$6.

Located in the former San Juan Municipal Hospital San Juan, Puerto Rico, the Museo de Arte de Puerto Rico is one of the biggest museums in the Caribbean. It is a local house for collections from the 17th century. The new east wing, which is dominated by a five-story-tall stained-glass window, features the work of famous local artists like the Francisco Oller exhibit while some of the pieces are even connected to Jamaica. It is open from Tuesday to Sunday but closed on Mondays. Admission is USD$6 per person.

4: The Masterworks Museum of Bermuda Art

On South Road in Paget Parish, Bermuda you will find The Masterworks Museum of Bermuda Art. It is 29 years old and features the works of artists like Winslow Homer, Georgia O’Keeffe, Charles Demuth, Jack Bush and Albert Gleizes among many others. Many of the paintings in the Bermudiana Collection are landscapes of our beautiful island paradise, and others reflect the unique warmth of Bermuda’s people and cultural heritage. The Official Patron of this museum is HRH the Prince of Wales. The Masterworks Museum of Bermuda Art is open Mondays to Saturdays from 10 a.m. to 4 p.m. Admission is USD$5.

Located in Trois Ilets on the island of Martinique is The Savannah of Slaves (La Savane des Esclaves).  The old restored village and the museum traces the history of slavery on the island of Martinique within the 2 hectare park operated by proprietor Gilbert Larose. Within the park are replicated huts the freed slaves built out of local materials, complete with wooden fences, dirt floors and cane leaves for roofs. It also includes life-size statues carved from Mahogany that show various scenes from the life of slaves as well as guides into the medicinal usages of several local plants. The museum is open daily from 9 a.m. to 12 p.m. but closed on Sunday afternoons. Rates are seven Euros per adult and three Euros for children ages three to 12.

Located in Sandys Parish in Bermuda is a fort that is home to the National Museum of Bermuda. It offers visitors an insight into 500 years of Bermuda history and culture. Bastions, cannons, shipwreck artifacts, water crafts, art and spectacular views are all found in Bermuda’s largest fort. It is open daily from 10 a.m. to 4 p.m. Admission is USD$15 per person.

Located in Santiago de los Caballeros, Dominican Republic the Centro Leon is a large postmodern building full of light from a crystal dome that offers up Dominican art and history including the showcase of a very private Taino collection with self-guided tours. There are permanent and temporary exhibits as well as a cafeteria and a gift shop with top quality craft. It is open every day except Mondays from 10 a.m. to 7 p.m. Admission is less than USD$7.

Located only a 20-minute drive from George Town, the Pedro St. James National Historic Site in Grand Cayman, Cayman Islands allows visitors to experience what life was like so long ago in Cayman’s history. The manor is a reconstruction of an original 1780 house and the home of plantation owner William Eden. In 1831, it served as a rendezvous point for the first elected parliament in the Cayman Islands; the location has since been known as the birthplace of democracy in the Caymans. During this meeting, the decision was made amongst the island’s leading citizens to vote for elected representatives. Four years later, in 1835, the Slavery Abolition Act was read from the stone archway of the building. Currently, a 7th great-grandson of William Eden serves as one of the tour guides at the historical site. The museum is opened daily and cost to visit is USD$10.

9: The National Art Gallery of The Bahamas

Located in the restored 1860s Villa Doyle in Nassau, New Providence Island, The National Art Gallery of The Bahamas is the first institution of its kind in the history of The Bahamas. It houses the National Collection of Bahamian artworks, including paintings sculpture, works on paper, textiles, ceramics, photography and other mixed media works. Entrance cost is USD$10. The museum is opened Tuesday – Saturdays from 10 a.m. to 5 p.m. and noon to 5 p.m. on Sundays.

Located on Klipstraat 9 in Willemstad, Curacao is the Kura Hulanda Museum. It can be reached when you come out of the Cruise Port at the Rif Fort and walk along passing the Queen Emma floating bridge. The museum, known locally as the “slave museum,” is located at the back of the Kura Hulanda Lodge & Spa. It focuses on the predominant cultures of Curacao and offers a world-class chronicle of the Origin of Man, the African slave trade, West African Empires, Pre-Colombian gold, Mesopotamian relics and Antillean art. Entrance costs us US7$ US for seniors and US$10 US for general admission.

Calderon: Reported US Spying an ‘Insult’ to Mexico

Obama vs Romney Presidential Debate: Next Debate Must Focus on Immigration – PolicyMic

Crab Meat Is Being Investigated After Infection Sickens a Dozen People