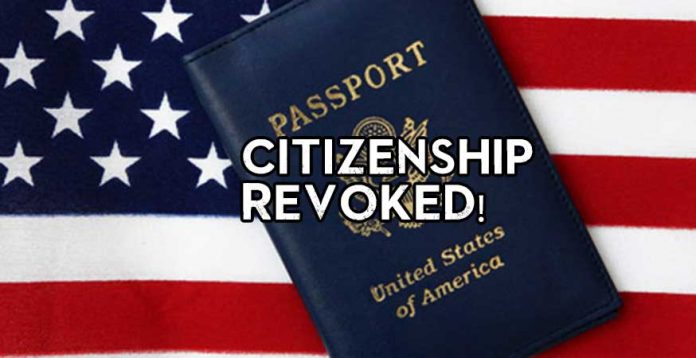 News Americas, TAMPA, FL, Mon. June 11, 2018: A Haitian immigrant has had her U.S. citizenship revoked and sentenced to jail time after being found guilty of lying about her name to become naturalized.

Enite Alindor, also known as Odette Dureland, will have to spend the next five months in federal prison even as authorities moved to revoke her July 2012 naturalization as a U.S. citizen.

According to court documents, Alindor, 55, a citizen of Haiti, applied for asylum with the then Immigration and Naturalization Service (INS) in Miami in 1997.

After the agency denied that application, the United States Immigration Court ordered her to be removed from the United States. Shortly thereafter, Alindor presented herself to the INS as Odettte Dureland and filed for asylum protection under that new identity.

USCIS personnel, unaware of the Alindor identity and order of removal, approved Dureland for citizenship in July 2012 and she was naturalized as a U.S. citizen under that name in July 2012.

However, under “Operation Second Look,” a nationwide investigation now being conducted by the U.S. Department of Homeland Security to review multiple cases across the United States of immigrants who gained citizenship by concealing from the INS their prior orders of deportation and orders of removal from the United States, Alindor’s true identity was revealed.

She was indicted last May, found guilty on March 2, 2018 and sentenced on June 7,  2018. The immigrant could now face deportation after she serves jail time to a country in which she has nothing.

Alindor’s lawyer, Irina Hughes, a federal public defender, described her as “a law-abiding mother of four children and active in her community and church,” and says Alindor maintains her innocence.

She recounted how Alindor first came to the U.S. to escape the epidemic of poverty and political chaos of 1990s Haiti. Upon arriving in America, Alindor, who could not read or write English, and who knew nothing of complex American immigration laws, simply went along as family members filled out forms for her with the aid of apparent hucksters operating immigration “help centers” in Miami. Hughes maintained that the identity mix-up was due to a legal name change.

But USCIS Tampa District Director Michael Borgen said: “This is a perfect example of federal agencies working together to combat those trying to defraud the American people. USCIS will continue playing a key role to safeguard the integrity of our immigration system.”