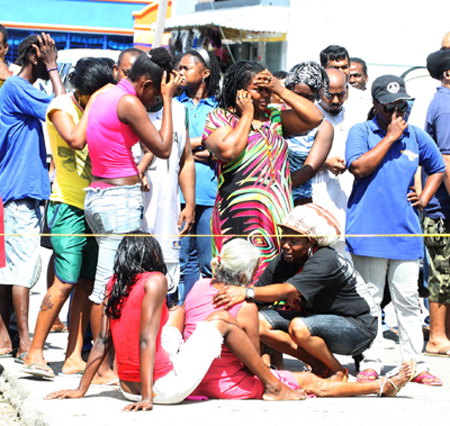 News Americas, NEW YORK, NY, Fri. July 7, 2017: The Global Peace Index Report for 2017 is out and five countries in the Caribbean and one CARICOM nation in South America have made the list as the six most dangerous in the entire region.

The report compiled by the Institute for Economics and Peace covered 163 countries which accounted for over 99.7 percent of the world’s population.  They were assessed using 23 indicators on the level of safety and security in society, the extent of domestic and international conflict, and the degree of militarization. The lower the score, the more dangerous a country is deemed.

The Top 6 Most Dangerous Caribbean nations according to the report are:

Taking the top spot on the Top 6 rank is the Dominican Republic. This Spanish-speaking Caribbean nation is ranked as the most dangerous in the region with a global rank of just 65.

The oil rich nation of Trinidad & Tobago was ranked as the second most dangerous with a global ranking of 67.

Coming in at third on the list is Jamaica with a rank of 72 globally.

Coming in at fourth on the list of top 6 Most Dangerous Countries in the Caribbean is Cuba with a global rank of 76.

The only English-speaking country in South America, CARICOM nation Guyana, rounded out the list as the sixth most dangerous with a global rank of 83.

The least dangerous in the Americas is Chile ranked at 140.

According to the report, the world is a slightly less dangerous place than it was a year ago.

WATCH: Golding speaks of phase in which Jamaicans turning to PNP Loop Jamaica