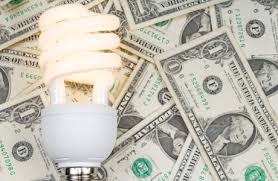 News Americas, NEW YORK, NY, Fri. Mar. 31, 2017: When it comes to basic utility costs in the Caribbean, nationals and residents in at least eight nations are paying way more on their monthly electricity, water and garbage bill than a US resident living in a similar 915 sq ft apartment.

Cost of living data from Numbeo, analyzed by News Americas Now, show that while US residents are spending on average USD 148 or less on basic utility bills monthly, many Caribbean nationals are spending over three times that amount in some instances. Here are the countries in the Caribbean where residents must shell out more in utility costs higher than their American counterparts:

In the Commonwealth of Dominica, the 72,000 residents have seen their utility costs climb through the roof. Nationals there are paying on average USD 546 per month for the same basic utility services as their US counterparts in a similarly sized apartment. That lands Dominica at the top of our list for most expensive utility costs in the Caribbean.

Coming in as the country with the second highest utility rates in the region is the Dutch Caribbean territory of Aruba, home to over 102,000 residents. Many of those residents pay on average USD 380 per month for basic utility- and that’s just those living in a 915 sq ft apartment.

Taking the third spot on the list of countries with the highest utility bills in the Caribbean is the US territory of the USVI. While the country of over 104,000 people may be considered part of the United States, residents there are paying more than double the electricity rates of mainland residents, as they many are socked with an average monthly utility bill of USD 355.

Utility cost in The Bahamas is also more expensive than the US – more than double as well. The average cost for basic electricity, water and garbage monthly was estimated at US 315, according to Numbeo data and that’s just for those residents living in a 915 sq ft apartment

In Sint Martin, residents are paying on average USD 78 more than a US resident for the basic utility, with a monthly cost put at USD 225 for a small apartment dwelling.

The British Caribbean territory of Turks & Caicos took the sixth spot on the top 8 countries with the highest utility costs in the region. Residents there must shell out on average USD 203 for their basic monthly utilities, and that’s only if you have a small apartment.

Coming in at seventh on the list of top 8 countries with the highest utility costs is the Dutch Caribbean territory of Curacao. It costs nationals there on average USD 186 monthly in basic utility costs; USD 37 more than a small apartment dweller in the US.

St. Kitts & Nevis rounds out the list as the 8th country in the Caribbean region with utility costs higher than the US. In the Federation, residents pay on average USD 153 in monthly utility costs for a small apartment. But that still only USD 5 more and definitely way less than the average amount being paid by residents in Dominica, Aruba, the USVI, The Bahamas, Sint Martin or the Turks & Caicos.