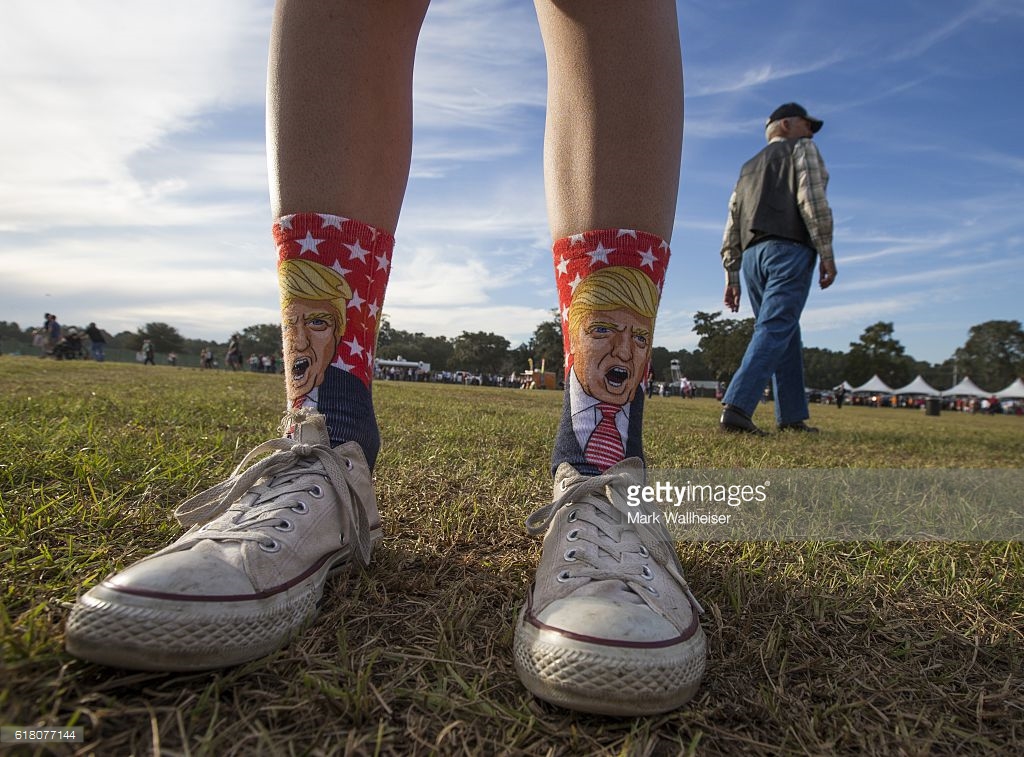 Last Friday, I had a surprise run-in with someone that can be categorized as one of Donald Trump’s ‘deplorables.’ No it was no run in, in rural North Carolina! This ‘deplorable’ actually came to my house as a hired service provider.

To say I was shocked to find out this hired help’s political leaning was an understatement. But I needed my computer fixed so I did not throw him out on the spot.

Still it was an education in what mind control, aka brainwashing, by Trump and the anti-immigrant band of the GOP has done to the judgment of many in rural White America.

What was more shocking, was the robot like precision with which he repeated Trump’s outlandish manifesto, particularly his anti-immigrant stance, as if it was the Gospel according to Matthew.

I almost lost my temper and yes I raised my voice and informed him that I was an immigrant and a black woman too and the rhetoric of Trump and his followers was downright frightening to me.

And then the brain washed verbiage he had swallowed began flowing like raw sewage as he felt it was his God given duty to placate me by insisting that I was not the problem since I had done the “right thing” and followed the rules.

It was the “other immigrants pouring over illegally over the borders” and not me that Trump and his followers were mad at and I should not bother with what I heard on the “liberal media.”

No, he said, it’s not all Mexicans who are rapists or criminals but indeed there are a lot of bad “immigrants” who are raping and killing people in America. It’s why he insisted, THE WALL is needed. The borders just must be secure now, he said, and all these immigrants here are just taking away jobs Americans can do, including the Indians, who were taking away his own tech job, while getting benefits meant for Americans.

It was like listening to a Trump rally – except this one was in my living room. But to his credit, he did not use the word “hombres.”

Really now?, I managed to ask flabbergasted. So I decided to switch tactics and instead of getting mad, to test his knowledge beyond the brainwashed lines.

“How could so many immigrants be raping and killing Americans when the foreign-born population is far less than the Native-born?” I asked.

And who’s stopping Republicans from securing the borders when they have had control of the Senate and House for many years and have done nothing, including failing to round up and deport all the “illegal aliens” who they have been insisting they will for many years?

No answer but a blank gaze!

And what jobs are these immigrants taking away? Are you going to pick fruit, vegetables, and clean fish? And how many Americans are as tech qualified as the Asians?

And what benefits do undocumented immigrants get? Do you know they can’t get any benefits at all?

And finally – how are you going to build this wall? And who will it keep out when drug dealers are digging tunnels underneath?

As I paused and looked at his face stained red with embarrassment, I was reminded of Dr. Martin Luther King Jr.’s words: “Nothing in the world is more dangerous than sincere ignorance and conscientious stupidity.”

In that moment, I felt genuine pity for him and a deep disappointment that in a country I had come to love, such blatant ignorance was being masqueraded as policy in an attempt to spread division.  It was enough to make me weep but I could find no tears – only a burning desire to ensure my vote was cast quickly and early.

Two days later, I was in line at the North Carolina Board of Elections in Raleigh to cast my vote. It was the only way I had to stop the bias that has flowed unabashedly since President Obama took office in 2008. I can only pray now my vote counts!