Finland’s postal service will honor “Tom of Finland” with stamps taken from his work – homoerotic drawings of muscular men wearing tight, black leather uniforms, when they wear anything at all. The stamps, which will be issued in September, are based on the drawings of Touko Laaksonen, better known by the pseudonym “Tom of Finland,” who split his time between Finland and California. “Tom of Finland is considered one of the most well-known Finnish artists around the world,” Finnish postal service Itella said in a statement issued this week regarding Laaksonen, who died in 1991. “His emphatically masculine homoerotic drawings have attained iconic status in their genre and had an influence on, for instance, pop culture and fashion.” Graphic artist Timo Berry, who designed the sheet of three stamps, said they portray a sensual life force and being proud of oneself. 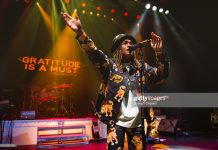 This Caribbean Artist Is Set To Appear At Super Bowl Weekend 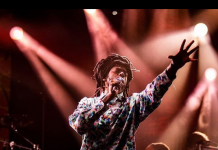 Addressing The Reality Of Brexit For The Caribbean