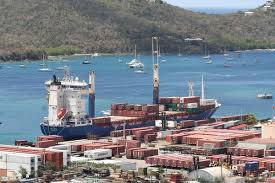 News Americas, LONDON, England, Weds. April 8, 2015: The maritime security of the Caribbean is an issue not often written about. This is despite the fact that every nation is touched by the sea, has an exclusive maritime economic zone stretching for two hundred nautical miles beyond its shores, and undersea resources that it needs to defend.

There is also a continuing battle to interdict the endless flow of narcotics from producer nations in Latin America through the Caribbean to consumers in North America and Europe, a constant flood of economic refugees mainly from Haiti, the policing of fisheries and offshore platforms, and concerns relating to ever-larger cruise ships in the event of an emergency.

At the same time, the enlargement of the Panama Canal, the development of ports with manufacturing zones like Mariel in Cuba or Caucedo in the Dominican Republic, or Jamaica’s plans to become a logistics hub, and the consequential role in global trade the region hopes to play, will all make unimpeded sea lanes of greater importance to nations far beyond the region. Despite this, few nations in the region have the resources to act beyond their immediate territorial waters, let alone police the huge area of sea beyond. For this reason every government in the region should be concerned by the recent testimony and subsequent press briefing given by the General John Kelly, the Commander in charge of US Southern Command.

Speaking to the Senate Armed Services Committee on March 19th, General Kelly described the threats and the growing operational constraints that the US and its allies now face in helping underwrite the region’s maritime security. In doing so, he painted a picture of a changed Latin American and Caribbean strategic landscape in which new state players, more sophisticated narcotics traffickers and possibly, in time, even terrorists may come to operate. In his testimony he made clear that reduced US funding meant that the last two naval vessels the US had previously deployed in the Caribbean will both be permanently withdrawn in the summer of 2015.

He noted too that his command had insufficient airborne intelligence, surveillance and reconnaissance assets available to cover the area, and that the NATO allies with which the US normally works also had a severely diminished presence in the Caribbean. This meant, General Kelly told the Senate committee, that the US would eventually have to rely on a small number of US coastguard cutters – due to increase from three to six over time – on a Canadian frigate on station in the Caribbean that comes under his command for about six months out of the year ; a ship “the British occasionally have…down there”; the “very cooperative” Dutch which have few ships in the region; and the French (which have ships) out of Martinique.

This means, he said, “when they’re working together with us, they plug into our system and we work them very hard”. The General also pointed out that the US coastguard was additionally engaged in other missions including having to pay constant attention to illegal migration in the Florida straits. While General Kelly was no doubt in part trying to make a case for political backing for more resources – the apparent low level of Senatorial interest implies he may not have succeeded – his remarks suggest that the US may find it increasingly difficult to deliver the level of Caribbean regional maritime coverage that the Caribbean might desire.

His testimony would also seem to raise questions about the US’s ability to support the first pillar of the 2010 Caribbean Basin Security Initiative which is to substantially reduce illicit trafficking in narcotics and arms through the region. Moreover, it would also seem to suggest that the relatively new and successful approach to coordinated at-sea narcotics interdiction in the Caribbean may suffer, and that there may be a weakening of some aspects of maritime co-operation with the Regional Security Service, Caribbean coastguard services and other Caribbean agencies. In his testimony, and more directly at his press conference, the General painted a disturbing picture of what may now be happening in the Caribbean Basin. His report noted that Southern Command was troubled by the operational and financial overlap between criminal and terrorist networks in the region.

Illicit trafficking in narcotics, arms and people now generated, it said, more than US$650 billion, a sum larger than the GDP of all but twenty countries in the world, with only one per cent of such flows being seized or frozen. At his press conference, he spoke frankly about the extremists actively involved in radicalizing some young Caribbean people and the dangers posed if they returned from conflicts in Syria and other parts of the Middle East and Africa, suggesting specifically that this number included nationals of Trinidad, Jamaica, Suriname, and to a lesser extent Venezuela; all countries, as he put it, where there is little capacity to track radicalized and potentially dangerous returnees.

General Kelly also spoke about the way in which his command sees an increased Chinese and Russian presence in the region, noting that Chinese engagement with the region’s military, while not a threat, underscored the importance of continued US engagement to maintain security partnerships. In the case of an increased Russian presence in the broader Latin American and Caribbean region – a naval and air presence, military arms sales, counternarcotics trafficking operations, and resupply bases in Nicaragua, Venezuela and Cuba – he suggested that as a part of a wider global strategy, this was at present more of a “nuisance” rather than a threat. His detailed testimony, which can be seen in full on Southern Command’s website, is worthy of greater consideration. Although it pictures the Caribbean Basin from a US military perspective, it raises important questions about how the nations of the Caribbean intend to address such issues as the Caribbean Sea again becomes a location of greater global strategic importance. The last twenty years have been marked by the gradual withdrawal of those countries traditionally regarded as being close to the region. This began at the end of the Cold War and accelerated as a result of the budgetary cuts following the 2007/8 global financial crisis leading nations that once had a physical defense presence, to all but withdraw.

The consequence is, as General Kelly now implies, a growing problem in ensuring collective maritime security in the Caribbean Basin, and a potential vacuum that others with criminal or political intent may seek to exploit.

David Jessop is a Consultant to the Caribbean Council and can be contacted at [email protected] Previous columns can be found at www.caribbean-council.org.

Haitians Must Now Get A Visa To Travel To Guyana

U.S. Issues Travel Advisory Against Monday Flights Out of Guyana