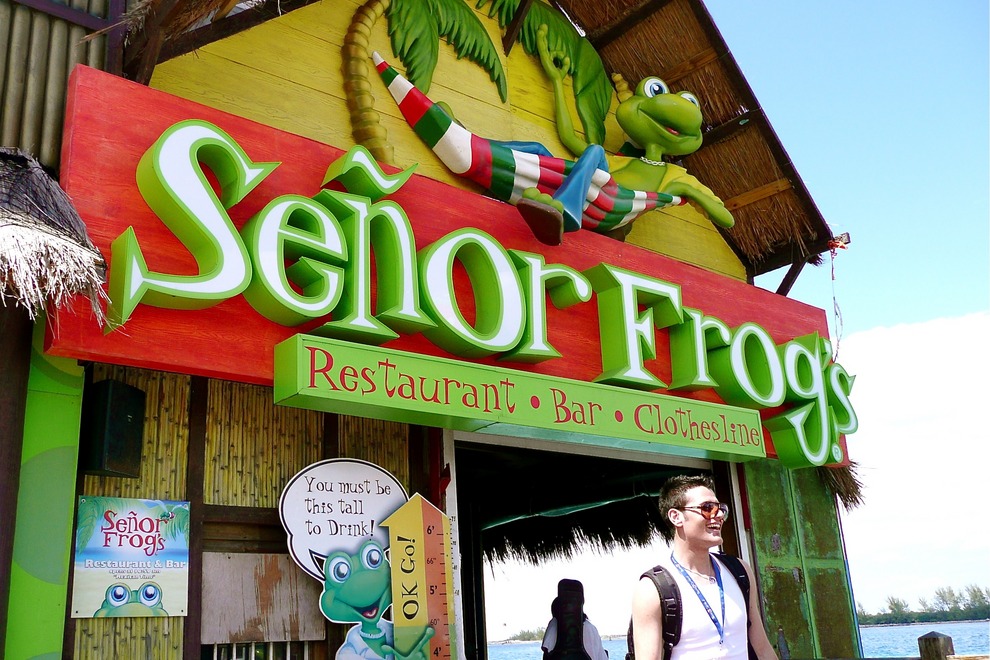 News Americas, NEW YORK, NY, Fri. Sept. 2, 2016: When it comes to casual dining chains in the Caribbean, everyone of course has heard of KFC, Wendy’s, McDonalds and Burger King. But have you heard of the chains run by Grupo Anderson’s?

The company was founded in 1963 and has a few casual dining options in three Caribbean nations under the brand Senor Frog. Yeah, it’s admittedly not as branded as the big chains but this Mexican-owned largest restaurant chain thrives on party-loving tourists.

Senor Frog is located in Aruba, The Bahamas, USVI and Puerto Rico and is Mexican-theme franchised “infamous party scene” bar and grill. But Grupo Anderson’s has more than 50 other restaurants in the US and Mexico.

The privately owned company pulls in around $94 million in sales globally and that’s something Mexican native David Krouham can be proud of. Its menu includes both American and Mexican inspired fast food dishes including sliders, quesadilla, guacamole, nachos, wings, salsa and more. They promote alcohol sales with an “anything goes” atmosphere or theme parties including a pajama party where guests can swim in a pool filled with beer

Señor Frog is frequently portrayed in the television series ‘Arrested Development’ by a restaurant of the name Señor Tadpole’s.

In addition to Señor Frog’s, Grupo Anderson’s has the Carlos’n Charlie’s chain.

An 80 Year Tradition on The Vineyard