Home Caribbean Accentuating The Positives Of The Caribbean & Latin America 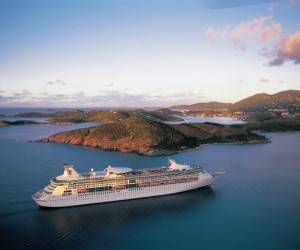 News Americas, LONDON, England, Tues. Sept. 9, 2014: As troubling conflicts loom and the world becomes much less secure, it is striking how Latin America and the Caribbean remains a relative zone of peace.

Well understood, this offers real opportunity to nations in the Caribbean that give consideration to where their own competitive advantages lie, that make better use of their strategic location at the crossroads of a broadly peaceful Americas, and seize the moment to re-position for the future.

Such an approach is not about hard to implement regional planning, but how each Caribbean nation and its private sector, with external investors, optimizes the unique advantage that their location and offshore and onshore assets individually offer.

It requires a change in thinking and greater consideration being given to the notion that the region’s economic value may not in most cases be in what it can trade or produce onshore – there are important exceptions – but in what its geographic location might facilitate.

That is to say the fragmented nature, diversity and location of the Caribbean should be seen as less of an impediment but rather, in a rapidly changing world, as offering instead unusual competitive advantage. It suggests that that the future of many Caribbean nations needs re-conceptualizing as offshore economic platforms. That is to say the location of Caribbean nations makes them uniquely placed to provide multiple bases to external actors for the assembly or manufacturing for global markets; for tourism; for transshipment; for the provision of a much wider range of offshore services from health care to education; for large scale foreign investment in export agriculture; and to develop the many skills required to support all of these industries.

Suggesting this is in many senses heretical as much post-independence thinking in the Caribbean has been about the retention and protection of sovereignty and regionalism rather than in a mindful way, enabling the world to take advantage of what each nation in the Caribbean has to offer.

It is a paradox that goes further. Maximizing the opportunity in areas of competitive advantage suggests that the absence of contiguous borders, individual sovereignties and difference may in some respects have more value than any continuing emphasis on traditional approaches to regional integration.

Put another way, leveraging competitive advantage means being able to offer different tourism experiences, and being able to encourage global competition for an industrial place in the Caribbean sun, and may be of much greater development value than the hard won support that governments have previously sought in multilateral negotiations or through preferential arrangements.

It is an approach, that implies that CARICOM or CARIFORUM will never have executive authority and will only at best ever loosely co-ordinate in a limited numbers of areas; that recognizes the reality that all countries will act first on the basis of self interest; and accepts that nations like Venezuela to China are already engaged in ways that challenge much of the way the region thinks about itself and sovereignty.

It also requires a parallel commitment to protect the Caribbean identity and all that is unique and indigenous that the Caribbean produces from rum to music and its intellectual property, and a willingness to defend internationally all that is an essential part of the national brand and patrimony.

This is not to downplay the importance of Caribbean governments and electorates determining absolutely their own future, or nations protecting their environment and ensuring that the requirements of equity and social justice are met, but to emphasize the need to re-conceptualize Caribbean development based on the region’s diversity, apartness, fragmentation and natural competitive advantage.

Central to any such approach is the need for high quality externally financed infrastructural development and education in both the region and in its periphery.

It is a process already underway in an unplanned form. China, it banks and entrepreneurs are engaged in developing infrastructure and other projects on a vast scale in many nations in ways that recognize the geographic importance of the Caribbean; so too are the US and Venezuela in relation to energy infrastructure, while Britain, more tentatively, appears to be placing a greater emphasis on education.

As is now well understood, the Caribbean commands access to the widened Panama Canal and has deep water ports at a permanent north-south, east-west intersection for international shipping. This provides the region with multiple opportunities for the creation of transshipment ports linked to development zones for the manufacturing and assembly of finished items. What has been much less considered is that this potentially also provides the stimulus for the much needed shipping links that will make possible Caribbean inter-regional and hemispheric trade and the development of a wide range of other maritime facilities for likely deep sea exploration for oil and gas across the region.

It means too that if the Anglophone Caribbean in particular were to think differently about its location and were to see Panama City as its hub rather than Miami it would be better able to envisage how it might become a global centre requiring a much closer relationship with Central and South America.

All of these developments offer unique opportunity but require a different vision of the Caribbean and the economic possibilities that its location now offers in the global economy.

It implies that the Caribbean economy of the future has to be more strategic in its thinking, less protectionist and defensive, and become skills and knowledge based. It also requires governments to focus relentlessly on education at tertiary and higher levels, and to build skills for tomorrow that will enhance the region’s location at the maritime crossroads of the Americas.

It suggests too that governments need to change the way they act. It is now apparent that the region’s biggest companies are outpacing many of the nations in which they are located. The best have moved on from family run paternalistic operations to being controlled by professionally qualified individuals, young dynamic and in the mode of the best Harvard MBAs. The same cannot be said of government or the public sector. Although there are many exceptionally bright individuals the public sector mind set is neither action oriented, strategic enough, practical nor implementation driven.

The way the world is changing requires the Caribbean to look outwards, to turn to face the sea, and recognize that the largely unrealized potential that most Caribbean nations have can be realized through their physical location and apartness.