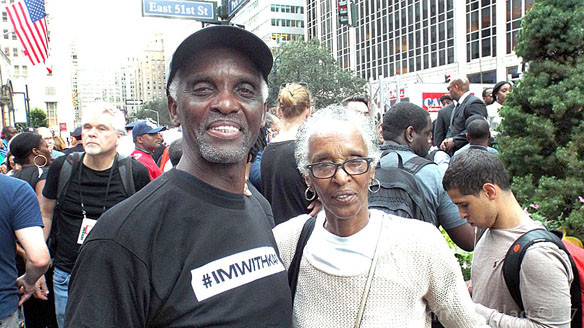 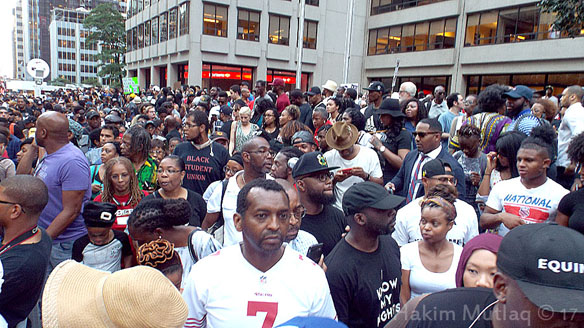 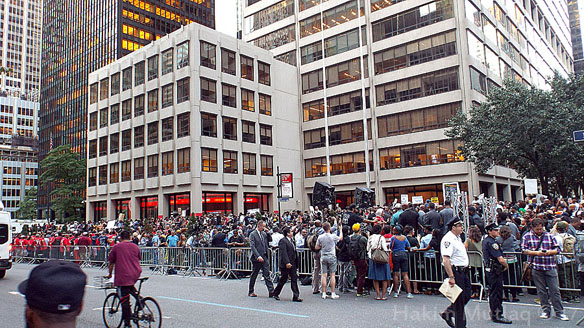 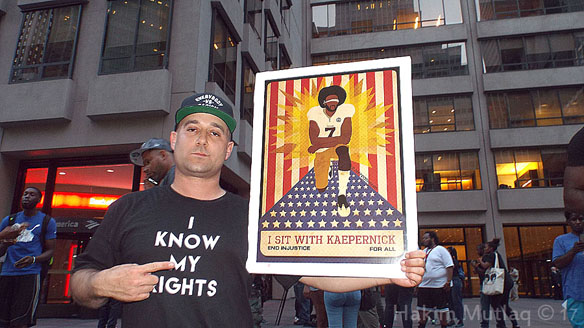 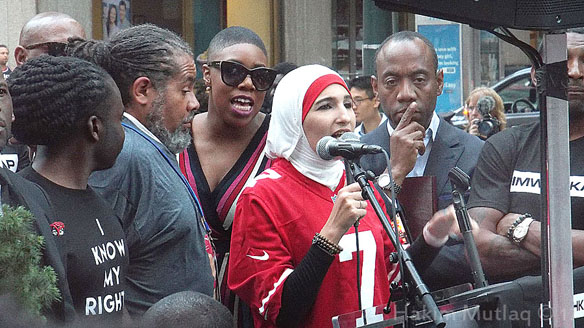 Rev. Jesse Jackson has said professional team bosses have “colluded” in stopping the former San Francisco 49er from playing, after he protested against racial injustice and police brutality by kneeling during the national anthem before games last year.

In New York, activists made it clear they were with Kaepernick by protesting at NFL Headquarters in midtown Manhattan. The rally featured various speakers including political commentator Symone Sanders; Palestinian-American political activist and former executive director of the Arab American Association of New York Linda Sarsour who was one of the organizers of the 2017 Women’s March and with Tamika Mallory who also addressed the crowd.

Most recently Baseball legend Hank Aaron has now added his voice in support of Kaepernick.

Kaepernick for his part took to Twitter to thank the activists for their support. “Thank you to everyone who went out to support yesterday. My faith always has been and always will be in the power of the people,” he tweeted on Aug. 24th.

In The Aftermath Of Hurricane Iota

What Arizona can teach Republicans about immigration – MSNBC

World Briefing | The Americas: Contractor Jailed in Cuba Appeals to Obama to Press...