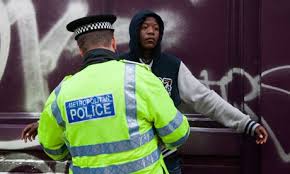 News Americas, LONDON, England, Mon. Mar. 23, 2015: People of African-Caribbean descent living in the U.K. are more likely to be held in police cells and strip-searched than those of other races.

That’s according to a recent report by Her Majesty’s Inspectorate of Constabulary for England and Wales (HMIC) conducted by the National Centre for Social Research (NatCen) on the treatment and welfare of vulnerable adults and children in custody in England and Wales.

The report titled “The welfare of vulnerable people in police custody,” found that while 3 percent of the population was from African-Caribbean groups in the forces, people from these backgrounds represented 9 percent of those in custody and 17 percent of those strip-searched.

In January 2014, a report revealed that people from black and minority ethnic backgrounds accounted

for more than half of those strip-searched by the Metropolitan Police between 2010 and 2013. Of the 94,448 people who were searched by the Met following arrest, 52.5 percent were African-Caribbean, Asian and other minority groups.

Meanwhile, black people of African-Caribbean descent are more likely to be arrested than their white counterparts the study found. Of at least half of the over one million searches carried out in 2009/10 for drugs, people from African Caribbean backgrounds were six times more likely and Asians twice as likely to be stopped as whites.

The report also found that level of deaths in police custody following the use of restraint among black people is higher than for other groups.

19 Caribbean Immigrants In US History