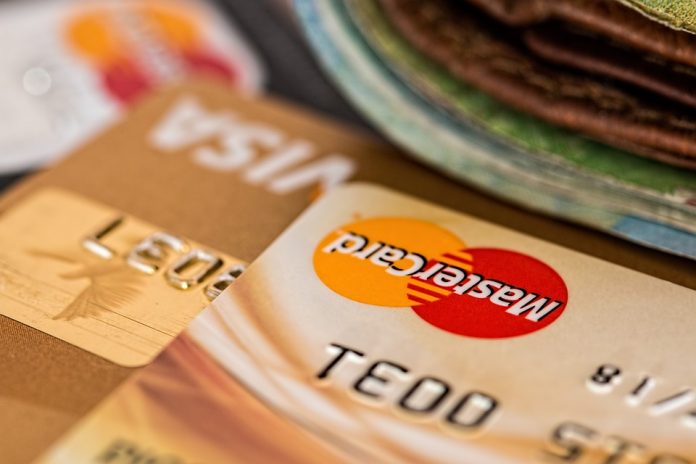 News Americas, NEW YORK, NY, Fri. April 3, 2020: People use credit for many reasons. Maybe they’re trying to rack up as many rewards points as possible. Or perhaps they encountered an unexpected expense and needed to use credit to stretch the payments out over time. Whatever the reasoning, it’s very common for Americans to have multiple credit cards in use at once for everyday expenses as well as emergencies.

In fact, the average credit card balance for an American with at least one credit card was $6,194, according to Experian. Three-fourths of consumers with one or more cards carry a balance over $6,200 — a figure that’s been growing year over year.

How do Americans feel about their credit card debt?

Poll: How Long Will It Take to Pay Off Your Credit Cards?

As CNBC reports, more than half of Americans believe their credit card balances will take more than five years to pay off.

Here are some other notable answers based on the same survey of over 2,000 U.S. adults:

As always, you can take a glass-half-empty or a glass-half-full view of these findings. On the bright side, four out of 10 people believe they’ll get a handle on their credit card debt within five years. But it’s somewhat concerning to hear more than half think it will take at least five years — if not into the double-digits — or forever.

It’s no secret many Americans are currently struggling to stay on top of their credit card payments, especially when you consider credit cards come with a high average interest rate. But it’s important to remember this is not solely the result of voluntary overspending. Many Americans turn to credit after experiencing an economic hardship, like a divorce, death in the family, layoff or medical emergency.

Look no further than Freedom Debt Relief reviews, written by consumers who became so overwhelmed with unsecured debts they had to seek out debt settlement as a last hope before bankruptcy.

Tips for Paying Off Your Credit Card Debt

If you’re one of the many Americans dealing with hefty credit card debt, you’re probably wondering how to pay it off sooner rather than later. The first step is budgeting to avoid using credit as much as possible; ideally altogether. Then it’s time to consider how you’re going to work down your outstanding balances.

Two popular methods anyone can try are snowballing and avalanching. Let’s say you have $1500 monthly to put toward paying off three debts, the minimum payment on each of which is $250. With the snowball method, you’d prioritize those debts from the smallest balance to the largest, paying $1000 on the lowest one and $250 each on the larger two.

Once that first debt is cleared, you’ll add that $1000 payment to the $250 minimum payment you were making on the next lowest one until it’s paid in full. You’d then make a $1500 payment on the one with the highest balance each month. This approach will clear those debts much faster than if you were to divide the $1500 evenly and pay $500 on each of them every month.

The debt avalanche method works the same way, except you’d prioritize the debts from the highest to lowest interest rate. This will ultimately save you more money, as you’ll eliminate the highest interest account first. But it could take longer to accomplish.

An additional tactic, called debt snowflaking, entails throwing any extra funds you may come into at the debt currently in play — whether it’s a change jar or extra income from a side hustle — to pay it down even more as you go.

Heavy debt may call for a more intensive solution. Some people find it helpful to pay down their unsecured debts with a personal loan at a lower interest rate. Others enroll in debt management plans through credit counseling agencies, or debt settlement programs with debt relief companies.

Many Americans foresee themselves taking years and years to repay their credit card debts. Regardless of your own situation, the sooner you begin, the less interest you’ll pay and the sooner you’ll be debt-free.

Delta is Honored for its Commitment to Latin American Markets – PR Newswire (press...

Immigration reform: Congress, Obama, and public are not so far apart – Christian Science...

For Migrants, New Land of Opportunity Is Mexico