Police say the suspects, Elgin Vargas Hernandez and Wilfred Stokes Arnold, were caught after being identified from hotel surveillance videos.

They had reportedly been following promoter Henry Farinas but instead ended up killing the popular folk singer in an ambush on Saturday.

Cabral was shot dead and Farinas was seriously injured.

Hernandez and Arnold were arrested on separate raids in Guatemala City on Tuesday. Police say they are continuing to search for others believed to have been involved in the attack.

Cabral’s body was flown back to his native Argentina Tuesday. His body will be unveiled for a public viewing today before his remains are cremated.

Cabral was one of Latin America’s most famous performers and was heading to Nicaragua for more concerts. His most famous song was No Soy de Aqui ni Alla (I’m Not From Here or There), which was recorded in a number of languages 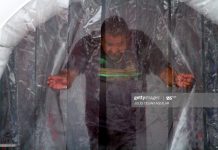 West Indies cricket gets a financial boost – The Voice Online