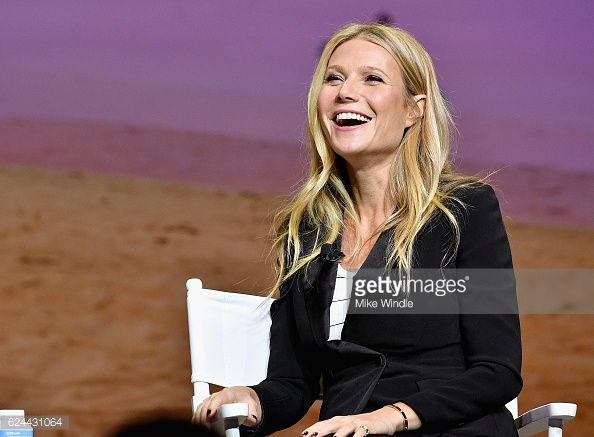 News Americas, NEW YORK, NY, Fri. Dec. 2, 2016: On November 30th, Barbados marked its 50 year of independence from Britain with a major event on the island that was ironically witnessed by Prince Harry, representing the Queen of England, the island’s former colonial master. Through the years, many Bajans have made their mark in the US, among them of course, Rihanna. But there are several others who can trace their ancestry to this Eastern Caribbean Island. Here are 10 you should know:

American actress, singer, and food writer Gwyneth Kate, who has won  an Academy Award, a Golden Globe Award and two Screen Actors Guild Awards, roots actually extend to Barbados.  Paltrow, who has portrayed Pepper Potts, the female lead of the Iron Man franchise in the Marvel Cinematic Universe, in Iron Man (2008), Iron Man 2 (2010), The Avengers (2012), and Iron Man 3 (2013), says her mother has some white Barbadian ancestry.

Actress, dancer, singer-songwriter, and businesswoman Jada Koren Pinkett–Smith’s maternal grandfather was an immigrant from Barbados.  Gilbert Leslie Banfield (the son of Gilbert Seward Hinds Banfield and Ella E. Parris). Gilbert L. and his parents, who were black, were from Saint Michael, Barbados, in the West Indies/Caribbean. Pinkett-Smith has appeared in more than 20 films in a variety of genres, including Scream 2, Ali, The Matrix Reloaded, The Matrix Revolutions, Madagascar, Madagascar: Escape 2 Africa, and Madagascar 3: Europe’s Most Wanted. starred in dramatic films such as Menace II Society (1993) and Set It Off (1996). 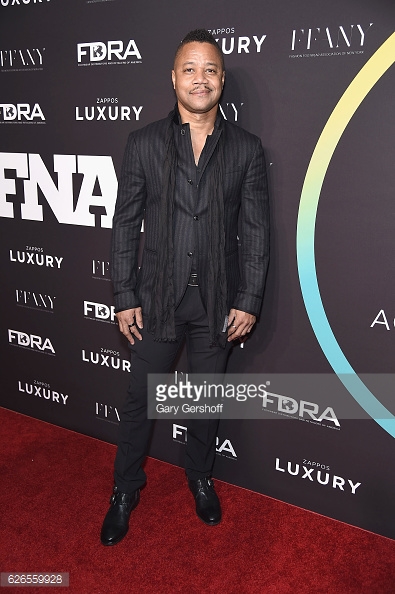 Cuba Gooding Jr., best known for his breakthrough role as Tre Styles in Boyz n the Hood (1991), his Academy Award–winning role as Rod Tidwell in Cameron Crowe’s Jerry Maguire (1996), and his portrayal of O.J Simpson in the FX drama series The People v. O. J. Simpson: American Crime Story (2016), paternal grandfather was from Barbados. His father, Cuba Gooding, was the lead vocalist for the R&B group The Main Ingredient, which had a hit with the song “Everybody Plays The Fool.” His grandfather left the island to go to Cuba. His time in Cuba is actually how his son and grandson acquired their first name 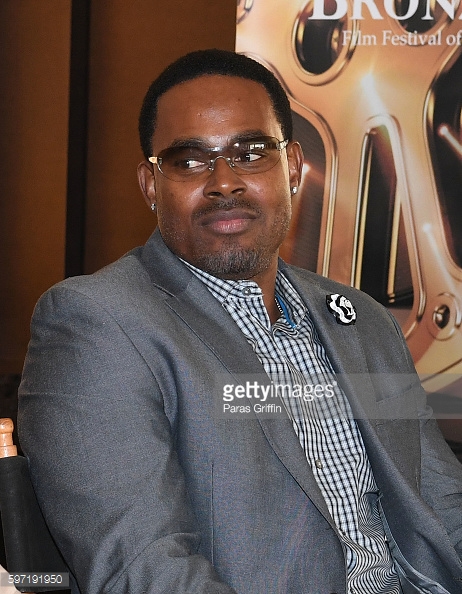 Lamman Rucker, best known for his roles in the Tyler Perry’s films Why Did I Get Married?, Why Did I Get Married Too?, and Meet the Browns, and its television adaptation, is of Bajan ancestry. His grandfather, Ebenzer Ray, an acclaimed columnist, was born and raised in Barbados and is the father of Lamman’s mother. The actor has made the trek to Barbados a regular one.  Rucker, 45, this year began starring as Jacob Greenleaf in the Oprah Winfrey Network drama series, Greenleaf. 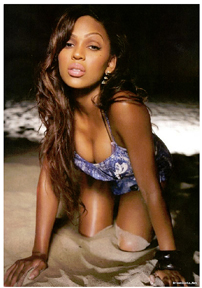 Meagan Monique Good, who began her career at the age of four, dad was from Barbados. Good, 35, Good has appeared in numerous television shows, films, and music videos.  She got married in 2012 to DeVon Franklin. Although she was not raised in the church, Good is a Christian, considers herself a very spiritual person and has stated in numerous interviews that she would not play roles that she feels might “disappoint God.” 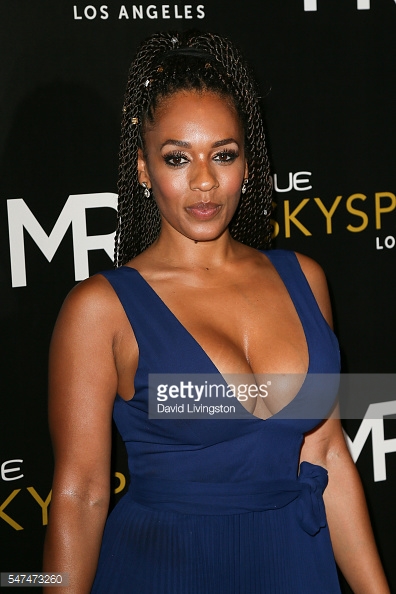 Hip Hop model and actress Melyssa Ford, who participates in the Bravo Network television series Blood, Sweat & Heels, documenting her social life against the background of her struggles of becoming a realtor in New York, dad was also born in Barbados. Ford, 40, has appeared in music videos, men’s magazines, television programs and films and was an on-air personality for Sirius Satellite Radio’s Hot Jamz channel. 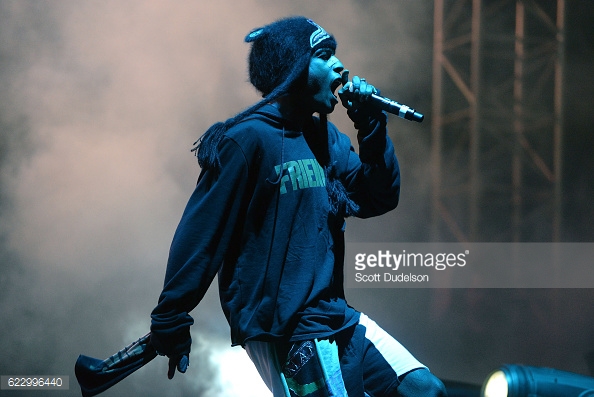 Harlem-born rapper, record producer, director, actor and model ASAP Rocky, born Rakim Mayers, roots also run to Barbados. The rapper, who is a member of the hip hop group A$AP Mob, from which he adopted his moniker, was born to a Bajan father, who passed away in 2012. In an interview with Vice, Rocky had explained how his father influenced his unique fashion style. “Well, my dad is from Barbados. He was a clean cut kind of a guy, especially in the way he dressed,” he told the website. “I just took the advice he gave me and I ran with it. He told me to always be yourself and always feel comfortable with whatever decision you make because you chose to do it. Just because something doesn’t fit in doesn’t mean it’s not right.”

Rocky released his debut mixtape Live. Love. A$AP, in 2011 to critical acclaim. The success of his mixtape led to a record deal with Polo Grounds Music, RCA Records, and Sony Music Entertainment. The 28-year-old subsequently recorded his 2013 debut album Long. Live. A$AP, which was also well received by critics and debuted at number one on the Billboard 200. In 2015, Rocky released his second studio album titled At. Long. Last. A$AP. The album debuted at number one on the Billboard 200, making it Rocky’s second consecutive album to debut at number one and has received critical acclaim from music critics. He is also a noted record producer, producing under the pseudonym Lord Flacko. CW 11’s ‘Supergirl’ actor David Harewood’s roots also run to Barbados. The special kicked off on Nov. 28, 2016 with the premiere of Supergirl’s “Medusa.” In a recent post, Harewood, who plays Hank Henshaw/J’onn J’onzz, shared a picture of him researching the Invasion! Cross-over with an old-fashioned comic. Harewood was born to Bajan parents and grew up in the Small Heath area of Birmingham, England. He began acting in 1990. In the 2012 New Year Honours, Harewood was appointed Member of the Order of the British Empire (MBE) for services to drama. 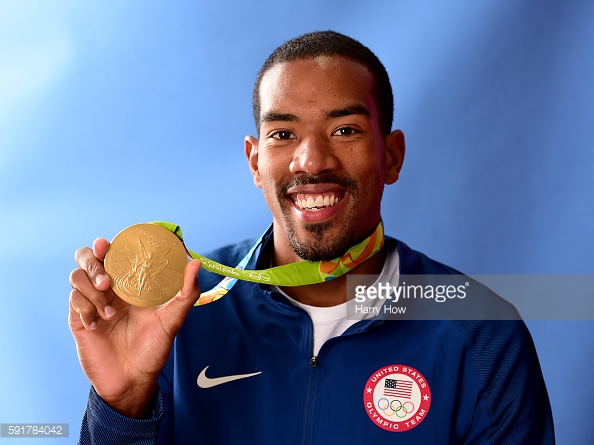 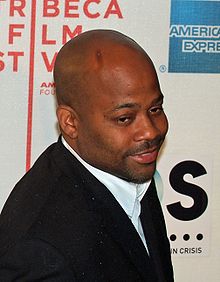 American entrepreneur, music producer and actor Damon Dash was born in New York to Bajan parents. He is best known as co-founder of Roc-A-Fella Records along with Shawn Carter (Jay-Z)  and Kareem Burke. Dash is currently developing a new TV series that will examine the rise and fall of Roc-A-Fella Records, which he co-founded with Jay Z.  He recently told GQ that rapper Jay Z was shady with money and blamed him for Roc-A-Fella’s demise. Dash and producer Lemuel Plummer (Preachers of L.A.) said the show would offer a “brutally honest account” of the Roc-A-Fella story, starting with Dash’s journey from street hustler to Jay Z’s manager, the label’s launch and release of Reasonable Doubt and its forays into fashion and film.  Since the sale of Roc-A-Fella Records to Def Jam, Damon started the Damon Dash Music Group. Nicole Wray, formerly of Missy Elliot’s Gold Mind label, was signed to DDMG. She recently left the label. Dash sold his interest in Roc-A-Wear Clothing to Jay-Z and is no longer involved with the line. Dash was instrumental in creating the line’s image by hiring high profile friends/models such as Naomi Campbell and Omahyra Mota. Campbell still models for the brand. Dash stays very active as an actor, movie director, music producer and CEO. He recently produced singles for the likes of Victoria “Posh Spice” Beckham.