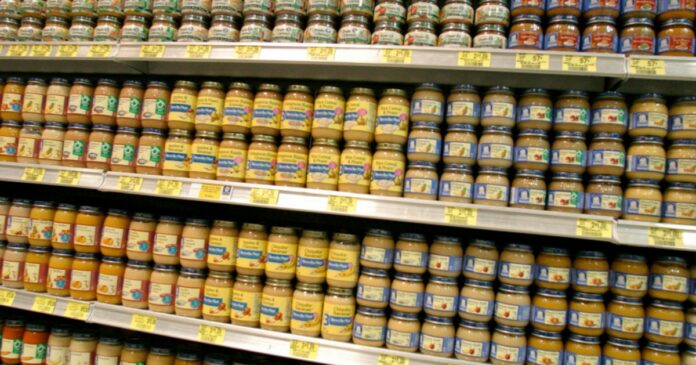 News Americas, NEW YORK, NY, Mon. Dec. 20, 2021: On February 4, 2021, a congressional report that found dangerous concentrations of arsenic, cadmium, lead, and mercury in the baby food of seven major brands was made public in North America. Naturally, parents of infants and toddlers were outraged, as regular exposure to heavy metals can wreak havoc on children’s neurodevelopment and has also been—in some cases—linked to autism spectrum disorders. Unfortunately, this distressing news does not only affect parents in North America.

The popular baby food brands Plum Organics, Gerber, and Earth’s Best Organics, in particular, that have been reported to have up to 91 times more inorganic arsenic, 117 times more lead, and 69 times more cadmium than the FDA’s maximum limitation in their baby foods, also distribute and sell their products in Latin America. Furthermore, Goya, a Latin baby food brand, forged a partnership with the well-known baby food brand Beech-Nut between 2013 and the summer of this year.

To comprehend the severity of heavy metals in baby food, one should keep in mind that the safe limit for arsenic is 10 parts per billion (ppb), whereas Beech-Nut baby foods for example, had been found to exceed 300 ppb. The problem is even more appalling when it comes to lead, as the same company was found to use ingredients with over 800 ppb lead when the safe limit for this heavy metal is 5 ppb.

In April 2013, a partnership was forged between Beech-Nut and Goya Foods to launch “a new line of authentic Hispanic flavored baby foods made with Hispanic moms in mind,” according to the companies. Furthermore, Beech-Nut President Jeff Boutelle and Goya Foods President Bob Unanue claimed that mothers in Latin America had been waiting for such a product to hit the shelves for a long time, particularly one made from natural ingredients, free of preservatives, and as close as possible to home-made.

Goya Foods was founded in 1936 and is currently the largest food company owned by Hispanic people in America. Over the decades, it has become the leader in Latin America when it comes to food and condiments. After partnering with Beech-Nut, the companies based their decision to launch a new line of baby food on a study led by the latter manufacturer. It allegedly found that “two-thirds of U.S. Hispanic moms are not satisfied with their baby food options and wish there were more traditional ethnic offerings.”

However, by entering a partnership with Beech-Nut, which had been allowing high concentrations of arsenic, cadmium, lead, and mercury in their products, their joint baby food products could  potentially contain the same number of hazardous levels of heavy metals. Moreover, in June 2021, Beech-Nut issued a voluntary recall on one lot of Beech-Nut Stage 1, Single Grain Rice Cereal, because it contained a concentration of arsenic above the safe limit. Soon after, the company announced that it would exit the baby food market indefinitely, ending its partnership with Goya Foods. Nevertheless, “this does not exempt the company from liability if it is found responsible in the numerous pending lawsuits against it,” says Gregory Cade.

The baby food and infant formula market in Latin America was valued at $3.87 billion in 2017. It will likely reach $7.05 billion by 2026. Part of this market is three baby food companies, namely Gerber, Earth’s Best Organic, and Plum Organics, with the latter selling products for babies as young as four months. Furthermore, it also refused to cooperate during the investigation. It failed to produce testing results or specific testing standards concerning the levels of heavy metals in the baby food it manufactures. Their most tainted products, which can also be found on the shelves of the stores in Latin America, are Plum Organics Little Teethers Banana with Pumpkin and Plum Organics Mighty Morning Bar Blueberry and Lemon. Arsenic was found in a concentration of up to 50 ppb in these products and cadmium in 24 ppb. The safe limit for cadmium is 5 ppb.

Gerber, another careless baby food manufacturer, used 67 rice flour batches with over 90 ppb arsenic. Moreover, the company employed ingredients with 48 ppb lead and routinely accepted ingredients with over 20 ppb lead. Lastly, 75% of the carrots used by Gerber had cadmium over 5 ppb, with some containing up to 87 ppb cadmium. “Because the heavy metal regulations in baby food are practically nonexistent for most toxic metals in our country, it should come as no surprise that companies view this as a good opportunity to cut corners and put financial profit over the health and wellbeing of children,” says Gregory Cade, an attorney.

Finally, Earth’s Best Organic, a baby food company owned by Hain Celestial Group, does not test for the presence of mercury in products at all, which is a highly dangerous practice or a lack thereof, as the heavy metal can easily make its way into the main ingredients by being absorbed through the roots of crops from soil and water. Nonetheless, perhaps the most outrageous finding is that Earth’s Best Organic set its internal standard for arsenic, cadmium, and lead at 200 ppb in some of its ingredients. The company exceeded its internal policy by using ingredients that would contain 353 ppb lead and 309 ppb arsenic.

About the Author: For over 20 years, Jonathan Sharp has been the Chief Financial Officer and Director of Claims at Environmental Litigation Group, P.C. The law firm, headquartered in Birmingham, Alabama, specializes in toxic exposure and provides legal assistance to people injured by hazardous agents.