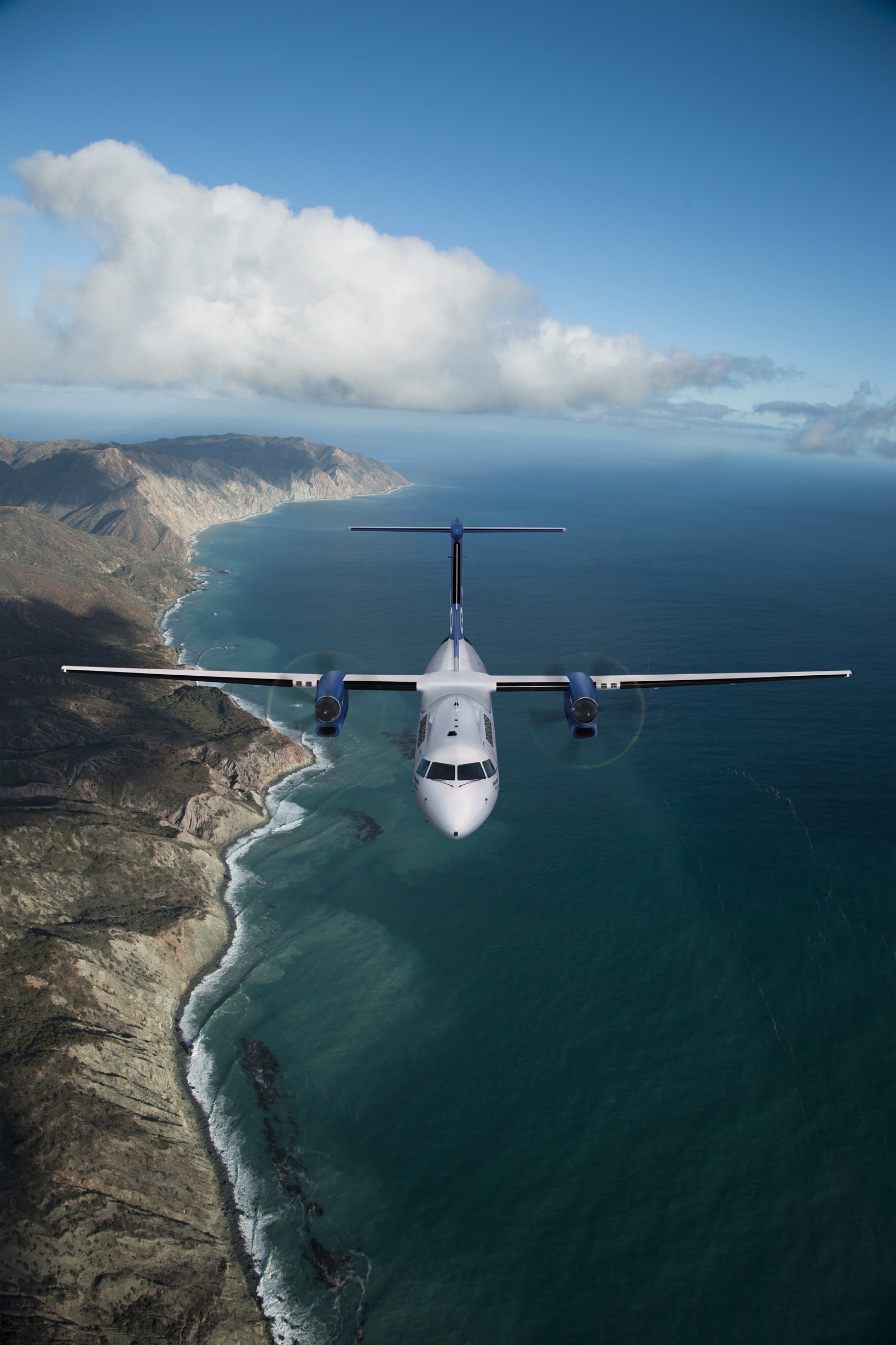 “We are excited to induct the 90-seat Q400 aircraft into our fleet,” said Ajay Singh, Chairman and Managing Director, SpiceJet. “The additional seats and performance improvements will result in substantial reduction in unit costs and also we will enable us to address our market needs in the regional space.”

“The delivery of the first 90-seat Q400 aircraft showcases the commitment of Bombardier’s Q Series turboprop program to respond to customer requirements as they address traffic growth in regional markets,” said Todd Young, Head of the Q Series Aircraft Program, Bombardier Commercial Aircraft.
“I thank and congratulate the employees and suppliers who have worked tirelessly to deliver this most recent enhancement to the Q400 aircraft, and I also thank our customer, SpiceJet for its strong support and collaboration in this continuous improvement program.”

“This is a very important milestone for the Q400 aircraft program because the 90-seat option demonstrates the increased profitability potential that this unique turboprop has to offer,” said
Colin Bole, Senior Vice President, Commercial, Bombardier Commercial Aircraft. “The increased passenger capacity allows 15 per cent reduction of seat cost compared to the previous standard Q400 aircraft and provides an enormous benefit for airlines. We are thrilled that SpiceJet will be the first operator to showcase the unique capabilities and unbeatable productivity of our turboprops.”

About SpiceJet Ltd
SpiceJet is India’s favourite airline that has made flying affordable for more Indians than ever before. SpiceJet operates 412 average daily flights to 54 destinations, including 47 domestic and 7 international ones. The airline connects its network with a fleet of 36 Boeing 737NG and 22 Bombardier Q400 aircraft. The majority of the airline’s fleet offers SpiceMax, the most spacious economy class seating in India.

About Bombardier
With over 69,500 employees across four business segments, Bombardier is a global leader in the transportation industry, creating innovative and game-changing planes and trains. Our products and services provide world-class transportation experiences that set new standards in passenger comfort, energy efficiency, reliability and safety.

Headquartered in Montreal, Canada, Bombardier has production and engineering sites in 28 countries across the segments of Transportation, Business Aircraft, Commercial Aircraft and Aerostructures and Engineering Services. Bombardier shares are traded on the Toronto Stock Exchange (BBD). In the fiscal year ended December 31, 2017, Bombardier posted revenues of $16.2 billion US. News and information are available at bombardier.com or follow us on Twitter @Bombardier.