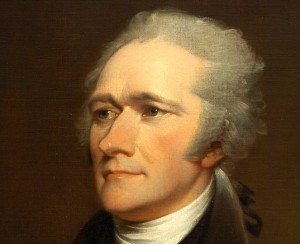 News Americas, CHARLESTOWN, Nevis, Fri. Feb. 13, 2015: Sitting in the birth place of America’s greatest immigrant and hearing the madness being spewed by Republicans in the House of Congress in Washington, D.C., makes me wonder how Alexander Hamilton would have been treated today if he was living as an immigrant in America.

Alexander was after all what we today could refer to as a “DREAMER” – a young migrant trying to succeed in America against all odds.

The 17-year-old orphan, born out of wedlock to a Scottish father and a French mother on the Caribbean island of Nevis arrived in New York City by ship from St. Croix and began living in the United States.

Yet, the continued depraved indifference to undocumented immigrants living in this country without legal working papers, and now to Americans on a whole, continues by Republicans in Congress.

On Thursday, February 5th, Republicans in the Senate for the third straight day tried to stop President Obama’s directives shielding millions of undocumented immigrants in the U.S. from deportation.

Again the vote failed to amass the 60 needed to pass, leaving their buddies like Rep. Michael Burgess (R-Texas) in the House hopping mad.

Fellow Republican, Sen. Bob Corker (R-Tenn.) then shot back according to Politico: “To pass a bill over here, it takes 60 votes. Unless we can figure out some way of multiplying, it seems to me that we have an issue that is very difficult to deal with.”

All in an effort to do one thing – stop anything the President does at all cost.

But now the GOP’s madness could put all Americans at risk as they threaten to withhold funding for the Department of Homeland Security in an era of ISIS and daily reports of terror attacks globally.

Could it be that Republican lawmakers, so blinded by their hatred of the President, are willing to now throw all Americans to the wolves?

These are the questions right-minded Americans must be asking especially since it now not simply about scapegoating immigrants but about the safety and security of all Americans. The GOP has offered no real solution on the issue of illegal immigration yet is willing to waste precious time in doing what they do best – nothing!

In the interest of national security, Americans must speak out on this insanity being exhibited in the halls of our congress. The Congressional Budget Office insists the federal budget deficit would be reduced by about $135 billion over 10 years if the undocumented are put on a path to legal status in this country.

If the current GOP controlled House of Representatives is truly interested in solving the long-vexing problem of how to treat the millions of persons already in the U.S. unlawfully, and reducing deficit spending, it should at the very least allow the immigration reform ratified by the Senate to come to a vote instead of trying to stop the President lawful executive action by putting us all at risk.