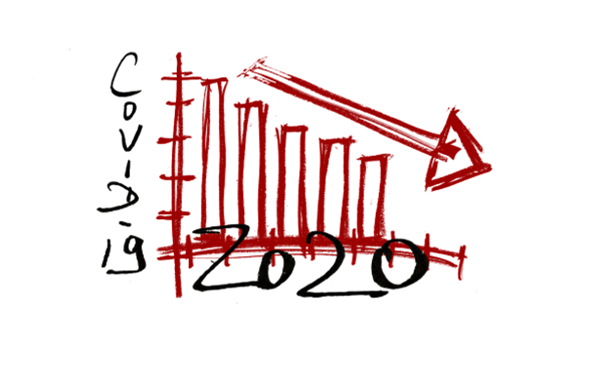 News Americas, NEW YORK, NY, Fri. Oct. 30, 2020: The COVID-19 crisis has hit global economies hard, and Latin America and the Caribbean were no exception. The World Economic Forum, in collaboration with the International Monetary Fund, has recently published a new report on the economy in the region and how it’s expected to react in the following months, and the outlook isn’t optimistic.

According to the report, Latin America’s GDP could fall by 8.1% by the end of 2020, and that’s mostly due to the fact that many employees in the region have jobs that require close personal contact, and the Internet infrastructure doesn’t make remote work too convenient.

The blow isn’t even, however. If, on average, the five largest Latin American countries experienced a GDP contraction of around 20%, Peru’s GDP dropped by a whopping 40%, making a recovery even more problematic. The IMF pointed out that extensive measures must be taken soon; otherwise, a recession is imminent.

To understand the impact of COVID-19 on the local economy, first, we must understand the scale of the healthcare crisis. And, unfortunately, Latin America was one of the most affected regions by the novel Coronavirus. Although it only makes up 8.2% of the world’s population, Latin America had 28% of global cases and 34% of deaths. By September 2020, Brazil alone had 4.5 confirmed cases, making it third after the US and India. Mexico, Peru, Colombia, and Argentina also had major outbreaks and were in the top 10 countries with the highest number of cases. Overall, there have been over 325,000 reported deaths in the entire region – one of the highest death tolls in the world, second only to the United States.

Latin America and the Caribbean aren’t the only regions in the word that was hit hard by the Coronavirus, but they were one of the regions where the Coronavirus triggered severe economic consequences. The report highlights that this happened for three structural reasons:

In addition to these three factors, there’s also the underlying issue of poverty, which has been plaguing Latin America for the last decade. According to the “2019 Social Panorama of Latin America” report, released by the Economic Commission for Latin America and the Caribbean (ECLAC), 31.8% of the Latin American population lived in poverty and 11.5% in extreme poverty.

Recoveries Did Occur, But They Were Uneven

In May, when most lockdown restrictions were lifted, economic activity started to resume, and the countries that managed to adapt to the new social distancing guidelines and receive external support were the fastest in showing signs of recovery. Trading volumes in Latin America started to grow once again, especially in Belize, which is a popular jurisdiction for brokers. In fact, the whole of Central America has been particularly fortunate, since it’s a magnet for investors and traders.

Still, some countries had high contagion and death rates, and, during the summer, they had to return to the same restrictions. Then, there was the impact of unemployment on the economy, which shouldn’t be neglected. In spring 2020, the five Latin-American countries that were the most affected by the pandemic (Mexico, Chile, Peru, Colombia, and Brazil), lost 20 million jobs in total, and the employees that have been laid off were the ones whose situation was already problematic before the pandemic: low-income workers, women, and young people. Because of this, the region will fight once again high unemployment and inequality, and the recessions might even erase all the progress achieved in the past five years.

The World Economic Forum estimates a GDP growth of 3.6% in 2021 and a return to pre-pandemic levels by 2023, but that’s the slowest compared to any other region. Ultimately, recovery depends on how each Latin American country manages the crisis and deals with domestic demand. Because of the slow recovery process, exports are bound to take the biggest hit. Until a vaccine is created and the situation is held under control, contact-intensive industries will continue to stay on hold, and, by then, some losses might be permanent if those industries don’t receive fiscal support. As far as investments go, they’re still affected by weak demand, but things are looking positive in the IT sphere because most countries are accelerating digital transformation processes and attracting foreign investors.

Where corporate balance sheets failed, banks succeeded. In fact, banking was one of the least affected sectors by the pandemic in Latin America because most banks had large capital and liquidity buffers when the crisis started. Even if the situation deteriorates, it’s highly unlikely that banks won’t be able to maintain their capital ratios. But that doesn’t mean all danger has passed for banks, though. When things get back to normal, they will have to rebuild lost capital so that they don’t become unstable in the long run. And, needless to say, there will be a lot of pressure on Governments to make policy changes, structural reforms, and capital injections to get the region back on track. In just six months, the COVID-19 crisis unveiled the biggest vulnerabilities in the region. Now, it’s time to address them and find a way to move forward.

Maritime community recognised on Day of the Seafarer | Loop...