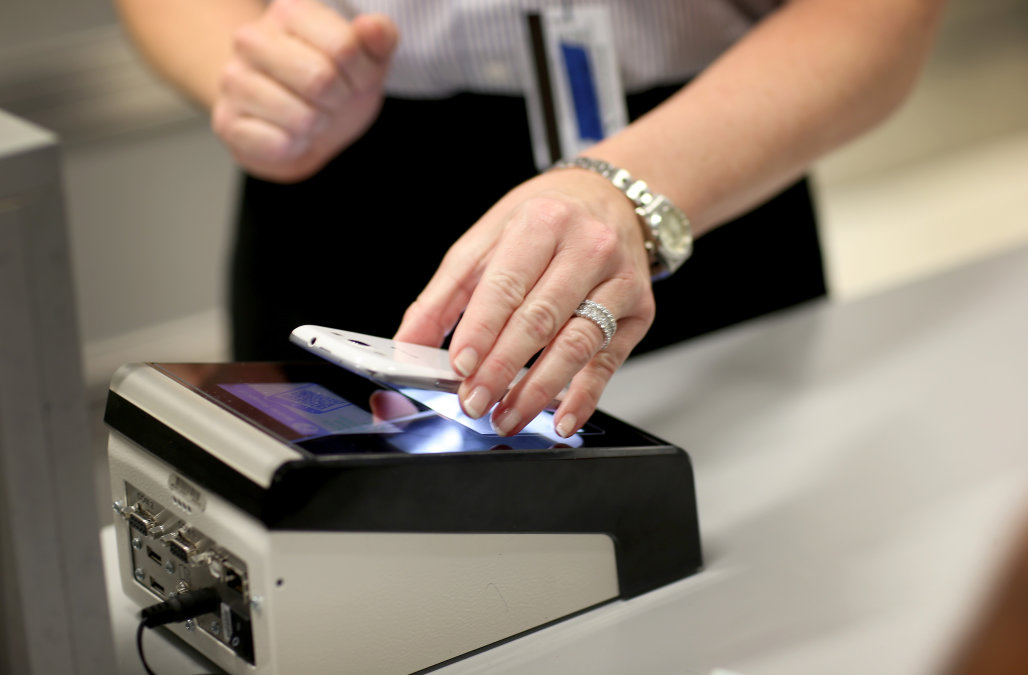 News Americas, NEW YORK, NY, Fri. Mar. 31, 2017: For those who feel not being an undocumented immigrant or a green card holder leaves them safe as a U.S. citizen from Donald Trump’s executive powers handed to US Customs and Border Protection agents; think again!

The Trump marching orders’ given to CBP agents at all borders now allow them to search and hassle U.S. citizens, green card holders and visitors alike.

This means they can demand your phone, computer and any other electronic devices you have with you at any U.S. border along with passwords to the devices.

As the US CBP outlines in a tear-sheet it now provides to people at borders, they can seize and search your phone, and even make a copy of it to have forensic experts analyze its contents off-site.

So how can they do this and isn’t it a violation of your constitutional rights?

Well the law is tricky according to the American Civil Liberties Union, (ACLU), since the Supreme Court decided in 1976 and 2004 that people have fewer claims to their Fourth Amendment privacy rights granted by the Constitution when entering the country, because the government has to protect its borders.

While the court has ruled that police can’t search peoples’ phones and electronic inside the country without a warrant because they contain troves of personal information, it hasn’t yet decided on a case about phone and device searches at borders.

Which means the agents are allowed to search all electronic devices at any border crossing, no matter if they belong to an American citizen or not; or whether they have any reason to suspect the persons has committed a crime.

According to the ACLU, you can object to the search and not hand over your device and passwords, but unfortunately this won’t prevent the CBP from taking your devices.

Which means CBP agents can decide to detain you for hours and make your life very uncomfortable if you refuse to hand over the device (s) and passwords. They can also hold onto your device (s) for five to seven-day or even weeks or months. Even journalists carrying sensitive information about their work or sources are not protected from this search says the ACLU.

At the end of the day, your legal status in the country or just avoiding the hassle may force you decide to hand over your device and password to a CBP agent if asked.

But note, if you’re a citizen, you can’t be denied entry into the country if you refuse to comply with a request to unlock your device or to provide a password. The same is true for lawful permanent residents.

Still CBP might hold on to your device for longer, seize it and not return it to you for weeks or months.

If you are not a citizen and are concerned about having your devices searched as a visitor, you should consult with an immigration lawyer about your particular circumstances before traveling.

The ACLU also warns that if you leave the airport or other border checkpoint without your device; make sure you get a receipt, which should include information about your device and contact information allowing you to follow up for its safe return.

Meanwhile, if, after the CBP conducts a forensic search and there is no probable cause to believe the device contains evidence of a crime, the government says it will destroy any information it copied within 21 days.

So what can you do before you travel outside of Trump’s America? Here are some tips from the ACLU:

1: Travel with as little data and as few devices as possible.

2: Encrypt devices with strong and unique passwords and shut them down when crossing the border.

4: Upload sensitive photos on your camera to your password-protected laptop or a cloud-storage account.

Because until the Supreme Court weighs in on the constitutional limits of the Trump administration’s powers at US borders, questions about the CBP’s authority to conduct these kinds of searches aren’t likely to be settled anytime soon.