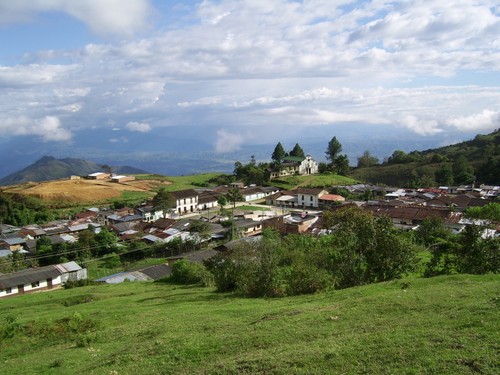 Global Affairs Canada on Monday warned Canadians to avoid non-essential travel to 17 areas in Colombia “due to drug-related criminal activity carried out by illegal armed groups and other criminal organizations.”

The updated travel advisory also warned against travelling to within 20 km of the Colombian border with Venezuela; within 20 km of the country’s border with Panama; and to the ports of Buenaventura and Tumaco “due to the risk of kidnapping and violent crime posed by the presence of illegal armed groups and other criminal organizations.”

The 17 areas the Canadian government is urging against non-essential travel to are:

The updated travel warning comes on the heels of the June 17, 2017 explosion at the Centro Andino Mall in Bogota that killed at least three people and injured many more.

The Canadian government says the presence of armed drug traffickers, illegal armed groups – including the National Liberation Army (ELN)—and other criminal groups such as GAO (Grupos Armados Organizados) pose a major risk to travelers in the areas identified.

“These groups engage in terrorist activity and perpetrate armed attacks, extortion, kidnappings, bombings and damage to infrastructure, activities that often result in deaths and injuries. Violence can occur with little or no notice, and there is a risk in being in the wrong place at the wrong time,” the statement added. “Exercise a high degree of personal security awareness at all times, maintain a heightened level of vigilance and be aware of your surroundings.”

The U.S. State Department on June 16th warned U.S. citizens of the risk of travel to Colombia and urged them to exercise caution, as violence linked to domestic insurgency, narco-trafficking, crime, and kidnapping occur in some rural and urban areas.  The updated warning came a day before the deadly Bogota explosion.