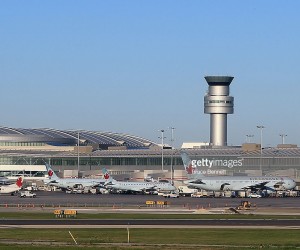 News Americas, TORONTO, Canada, Weds. May 24, 2017: The Canadian government is warning nationals to be wary of crime when traveling to a number of Caribbean cities. The updated May 19th warning comes on the heels of a new Inter-American Bank study that says an average of 40 percent of the Caribbean population identify crime and security-related issues as the main problem facing their country and identified at least five capital cities across the region as facing reported cases of violent robberies.

The cities Canadian nationals are being warned to express a high degree of caution when travelling to are:

The Canadian government warns nationals about an increase in armed robberies and sexual assaults targeting tourists in Nassau, Bahamas, which just saw the election of a new prime minister. The latest travel warning says the incidents take place in populated and isolated areas, and even in daylight hours. Canadian travelers are advised not to carry large sums of cash or wear expensive jewellery and to stay alert to your surroundings at all times, even in areas normally considered safe.

The updated warning urges travelers from Canada to Santo Domingo to be on the lookout for pickpockets and bag-snatchers at resorts, beaches, airports, bus stations and on public transportation. The alert also warns travelers to watch out for hustlers selling various wares, particularly in Santo Domingo, where drive-by robberies by thieves on motorcycles, scooters or bicycles is an issue. Canadians are also warned to avoid unmarked taxis in the city since they could be targeted for assault and robbery.

Canadians travelling to Georgetown, Guyana are urged to be on the alert for pickpockets, purse snatchers, armed robberies and car thefts and carjacking particularly in Stabroek Market, Tiger Bay and South Georgetown. The sea wall, from east of the Pegasus Hotel extending to Sheriff Street and adjacent areas, has also been the site of several crimes and should be avoided after dark, the Canadian government warns.

Canadians are urged to avoid Martissant, Carrefour, Bel Air and Cité Soleil, in Port-au-Prince, Haiti since these areas continue to be dangerous due to criminal activity and the local authorities’ lack of capacity to ensure order. If you do travel to these areas, keep windows closed and doors locked.

In Paramaribo, Suriname, the Canadian government warns nationals to be wary of violent and petty crime such as pick-pocketing and robbery that are common in the capital and outlying areas, especially in the major business and shopping districts. Banditry and lawlessness are a problem in the cities of Albina and Moengo, and along the East-West Highway between Paramaribo and Albina, the statement said while adding that The Palm Garden (“Palmentuin”) in the Dutch area of Paramaribo should be avoided after dark due to illicit activities and the lack of police presence. Travelers are urged to also avoid walking alone after dark outside the immediate vicinity of major hotels in the capital.

Canadian travelers are warned to be wary of violent robberies, assaults and rapes if traveling to Port-of-Spain, Trinidad especially in Laventille. Cruise ship passengers are especially warned to be careful when walking around the docks in Port of Spain, since gang and drug-related violence, including shootings and kidnappings, occurs and can affect bystanders.