News Americas, NEW YORK, NY, Thurs. Oct. 8, 2015: A Jamaican-born Hollywood stuntman, who has doubled for such stars as Will Smith, Denzel Washington, Jamie Foxx and Morgan Freeman, has returned to roots, writing, directing and producing his second film on the maroons of Jamaica.

Roy T. Anderson’s ‘Queen Nanny: Legendary Maroon Chieftainess,’ will have its world premiere on Monday, October 19, 2015 at the United Nations (ECOSOC Chamber) in New York as part of the 2015 Remember Slavery Program of Activities.

The film tells the story of the legendary Nanny of the Maroons,  Jamaica’s only female National Heroine, who was an eighteenth-century African warrior Queen who led a band of former enslaved Africans in the mountains of Jamaica to a decisive victory over the mighty British army.

Despite all this acclaim, Queen Nanny remains a mystery. Her name is mentioned only four times in the textbooks and most of what is known of  her comes through oral tales and legends. 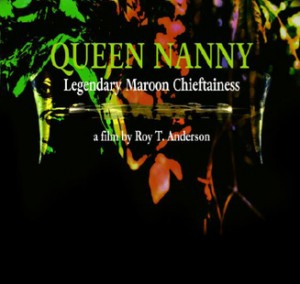 Queen Nanny documents the struggle for freedom by the Jamaican Maroons, led by the indomitable 18th century military genius, Nanny of the Maroons. A spiritual leader, skilled in the use of herbs and guerilla warfare tactics, from her mountain stronghold at the source of the Stony River in the majestic Blue Mountains, she directed the warfare that effectively neutralized the vaunted British firepower.

The one-hour documentary was conceived by Anderson and history Professor Harcourt T. Fuller and was filmed in Jamaica, Ghana, Canada, and the United States over the course of two years.

It include interviews with Maroons and scholars who are experts in Caribbean history and the study of slavery and tells the intriguing story through songs, performances, and a series of reenactments.

‘Queen Nanny: Legendary Maroon Chieftainess,’ is Anderson’s second film and come on the heels of his  ‘Akwantu: the Journey’ which was released in 2012 and focused on the history of Jamaica’s Maroons.

US Couple in Jail After Fleeing to Cuba With Kids

The World Cup illusion will soothe South America again … for a while –...