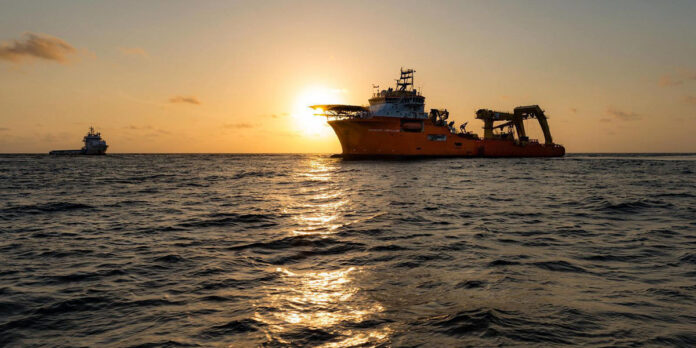 TotalEnergies and APA Corporation say they have made a significant new oil and associated gas discovery at the Krabdagu-1 well, in the central area of Block 58, offshore of Suriname, a CARICOM country in South America.

Located 18 kilometers south-east of Sapakara South, Krabdagu-1 was drilled at a water depth of 780 meters and encountered approximately 90 meters of net oil pay in good quality Maastrichtian and Campanian reservoirs.

“This successful exploration well at Krabdagu-1 is a significant addition to the discovered resources in the central area of Block 58. This result encourages us to continue our exploration and appraisal strategy of this prolific Block 58 in order to identify sufficient resources by year end 2022 for a first oil development” said Kevin McLachlan, Senior Vice President, Exploration at TotalEnergies.

Drilling and logging operations will continue, using the Maersk Valiant drillship. DST operations will be carried out on Krabdagu-1 to appraise the resources and productivity, and at least three further exploration and appraisal wells are planned to be drilled in 2022 on the block.

TotalEnergies is the operator of Block 58, with a 50% working interest, while APA Corporation holds the remaining 50%.

“With the final investment decision on the horizon, the government is very positive about the most recent This discovery will certainly have a positive impact on the investment decision that is on the agenda for the second half of the year 2022,” it said in an official statement.

Suriname hopes to replicate Guyana’s success. According to the U.S. Geological Survey, the Guyana-Suriname Basin could hold up to 32.6 billion barrels of undiscovered oil resources, underscoring the tremendous hydrocarbon potential that the countries share. It is estimated that Suriname’s offshore oil discoveries held recoverable oil resources of nearly 2 billion barrels as of the end of 2021.