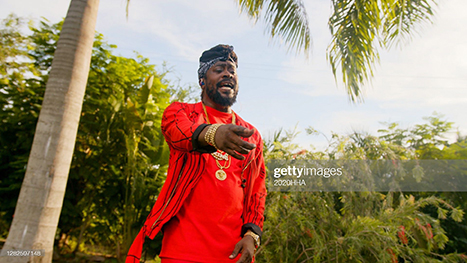 News Americas, NEW YORK, NY, Mon. April 18, 2021: A prominent dancehall star is facing jail time when he appears in a court in his native Jamaica next month.

Jamaican dancehall star Beenie Man could be jailed for up to three months for breaching the Disaster Risk Management and Noise Abatement Act.

Under the Jamaican law, a person who contravenes the law shall be guilty of an offence for violating the public peace and may be fined up to $500,000 or, in default of payment, up to three months’ imprisonment for a first offence. The DRMA was amended by the House of Representatives on March 23 and individuals found in breach of the health protocols now face fines ranging from J$3,000 to J$500,000. A J$10,000 fine is imposed for failure to stay inside a place of residence during a curfew.

Beenie Man, born Anthony Moses Davis, flipped the not guilty verdict he provided in February and pleaded guilty to the DRM charges he again stepped into the St. Elizabeth Parish Court on February 10th to address charges linked to breaches of the Disaster Risk Management and Noise Abatement Act on November 29, 2020.

Other other charges linked to the Act, which insinuated that the deejay did not attempt to secure a permit from the Superintendent for the Shrewbury district, were dropped by the court on Monday.

While speaking to The Gleaner after his courthouse proceedings on Monday, Beenie Man had this to say about his decision to not contest the matter any further. “Mi nuh wah nobody fi feel like mi above the law so we affi deal wid dat right and mek Jamaica feel safe and mek di people dem know dat we wid dem,” the deejay said.