News Americas, NEW YORK, NY, Fri. Mar. 15, 2018: Here are some of the news heating things up on the Caribbean entertainment news scene for this week:

Banton will reportedly himself perform a 90-minute set at the March 16th event, which will not include the controversial “Boom-Bye-Bye,” according to the Star, which quoted Jamrock Sound principal Hugh ‘Redman’ James.

A massive welcome party is set for tonight, March 15th at Fiction nightclub where tickets are USD 30 for general admission and USD 50 for VIP. Music will be provided by Stone Love, Massive B, Richie Feelings, JamRock and Spex Da Boss.

Caribbean-Born Actors Up For A NAACP Image Awards

Three Caribbean born actors and one Caribbean roots actor are up for NAACP Image Awards this year.

CCH Pounder, who was born in Guyana, is up for the award for Outstanding Supporting Actress in a Drama Series for her role in NCIS New Orleans.

Meanwhile, actor Romany Romanic Malco Jr., whose parents were born in Trinidad and Tobago, has been nominated for Outstanding Supporting Actor in a Drama Series.

Jamaican Shanique Drummond, a real estate property manager married to Dr. Robert Drummond, an Urgent Care Physician in Los Angeles, is among the cast for Bravo’s “Married to Medicine” Los Angeles. The series got underway on Sunday, March 10, at 9 p.m. and chronicles the lives of doctors and doctors’ wives as they navigate their personal and professional lives in the affluent, fast and fabulous entertainment capital of the world.

Drummond is from a traditional Jamaican family with roots in Clarendon and Spanish Town, St. Catherine, who does it all – from taking care of her kids, to juggling her own full-time job, to coming home and making dinner still in her stilettos and with full glam.

“Roots Passion,” by Nebraska-born-Florida-based singer, Benjah, has debuted at number one on the Billboard Reggae Chart this week. The album, released on March 1st, sent “Get Soca 2019” to number two as Rebelution’s ‘Free Rein’ jumped into the third spot. 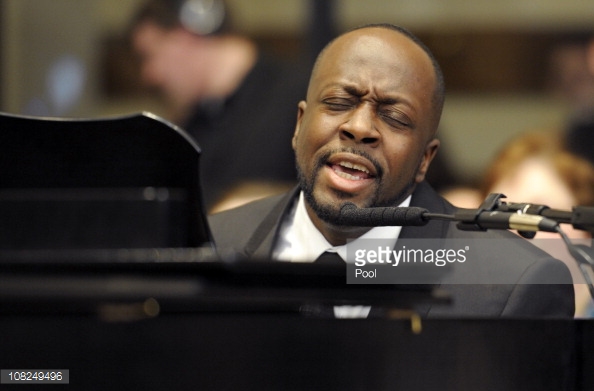 Haitian-born singer, Wyclef Jean, has launched a new series titled Wyclef Goes Back To School. The album feature artists discovered by Wyclef while touring colleges around the United States.

The first entry, Wyclef Goes Back To School Volume 1, is comprised of 11 songs which includes tracks like “Faded Butterfly,” “Gang Related” and “Page Six.”

Caribbean roots singers, Cardi B and Bruno Mars’ second collaboration, “Please Me,” has rocketed to the top of Billboard’s Hot R&B/Hip-Hop Songs chart with a 6-1 burst on the list dated March 16th.

The track becomes Mars’ third No. 1, while Cardi B collects her fourth. “Please” traces its jump largely to increased streams after its official music video premiered on March 1. Cardi B traces her roots to Dominica and Trinidad and Tobago while Bruno Mars’ roots stretch also to Puerto Rico.

For the fifth year in a row, the Brooklyn Academy of Music, (BAM), is hosting their series of new Caribbean cinema.

The series opened on Thursday, March 14th with “Yardie,” a Jamaica and London-set crime film directed by the actor Idris Elba. Over the next four days, there will be films from Haiti (“The Sun Will Rise”), Puerto Rico (“1950: The Nationalist Uprising”), the Dominican Republic (“Cocote”) and Guyana (Victor Jara Collective).

“Panorama: Jamming to the Top,” a documentary about the annual steel band competition in Brooklyn and New York-based photographer Khalik Allah’s “Black Mother,” his impressionistic portrait of Jamaica, will close out the festival. For the full schedule and tickets for the series, click here.