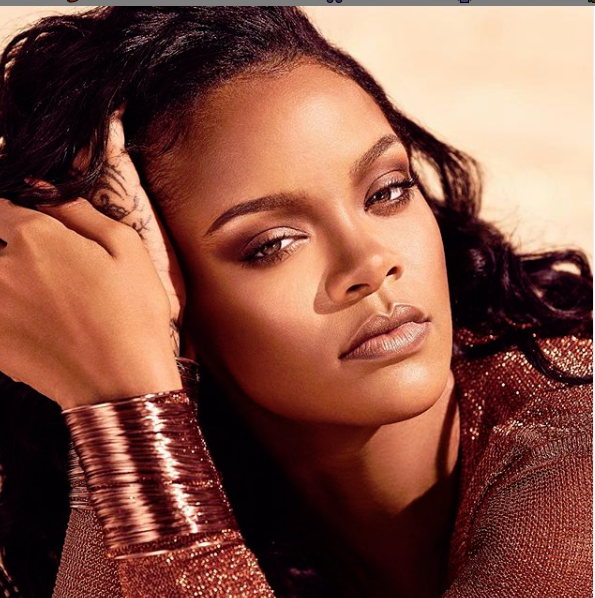 Rihanna Forced To Back Pedal

Bajan singer turned cosmetics entrepreneur this week was forced to pull back a planned Fenty Beauty product after it was criticized as an appropriation of Asian culture.

“Geisha Chic,” a shade of highlighter by the singer and actor’s Fenty Beauty, first appeared on Instagram late last week. It was advertised as one of Fenty’s new “Killawatt” highlighters, which are shimmery products that can be used to draw attention to certain facial features.

Several Instagram users recalled the Japanese geisha tradition, a group of women that for centuries worked as entertainers and paid companions in the country while many western brands accused the brand of misusing the term and geisha imagery.

Fenty confirmed to CNN Business that it pulled the product “until it can be renamed.” The company said it sent a message to Instagram users detailing the change.

“We hear you,” the message read. “We wanted to personally apologize. Thank you so much for educating us.”

British, whose real name is Alphanso Harriot, was shot dead on Friday night, March 29th, along Mountain View Avenue, in St Andrew, in the vicinity of the National Stadium.

Harriot was reportedly driving a white Mercedes Benz sedan when a group of men on motorcycle starts firing shots at the vehicle. The 56-year-old lost control of the car which slammed into a utility pole.

Haitian singer Wyclef Jean, participating in a songwriter session at the LBJ Library’s Summit on Race in America on Tuesday, says he believes it’s time for a real conversation about race in America.

“I try to remind people that it’s barely (50) years ago that they were siccing dogs on people and hanging people. I’m 49 now,” he said. “That means 49 years ago, before I was around, before you (were) around, they were hanging black people and so, you see how fast time flies. So did we forget? Or are we faking? Did we find different ways to hide racism?”

The inaugural Grenadian Film Festival is set to get underway in the Spice Island next month. The event, dubbed1261GFF, will take place from Friday, May 3rd to Sunday, May 5th at various locations in Grenada including Lavo Lanes, Movie Palace-Excel Plaza and Delexus Cinema Grenville. It will feature a staggering lineup of 47 films from around the world with a focus on Black experiences and culture.

“As a black Grenadian-American female filmmaker, I am honored to provide this platform for my fellow Grenadian creatives and diverse filmmakers from around the world who’s investing so much to not only to document current issues affecting our black communities, but preserving black history and culture, which is invaluable now and will be for the coming years and decades,” said 1261GFF Director Meschida Philip.  “Once again, we’re excited to present work by established and emerging filmmakers who are telling important stories about our blackness and culture.”

Tickets are available for purchase at Go2fete.com.