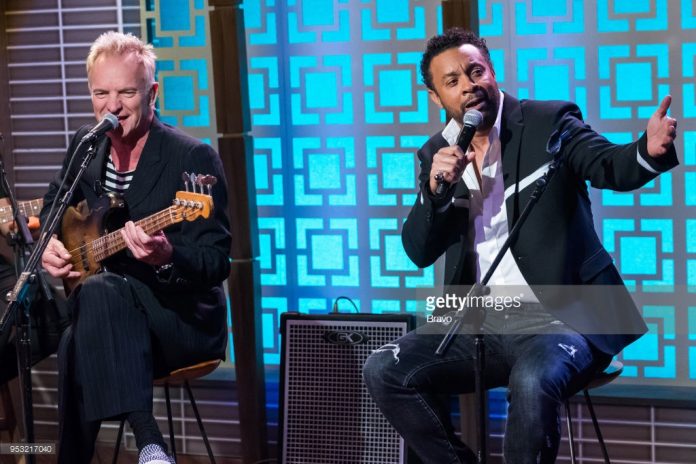 News Americas, NEW YORK, NY, Fri. May 18, 2018: The unlikely duo of Sting and Shaggy continue to make waves in reggae circles, with their album taking the number one spot on the Billboard Reggae Charts for another straight week.

‘44/876,’ which features such tracks as ‘Don’t Make Me Wait,’ “Gotta Get Back My Baby,” “Waiting For The Break Of Day,” and ‘Morning Is Coming,’ has earned rave reviews for the chemistry between the two and playfulness of the album.

The two apparently met after Shaggy apparently crashed one of Sting’s performances of ‘Roxanne.’”

Shaggy has explained that despite the abrupt way the two met, they ended up having a good rapport with one another. So much so that he eventually asked Sting to offer his vocals to a track he was working on. In the studio, the duo realized that their voices blended really well together and the rest was history.

Can You Be Bob?, Bob Marley That Is.