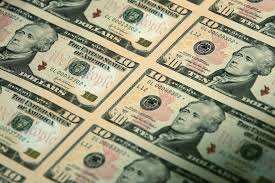 News Americas, WASHINGTON, D.C., Thurs. April 21, 2016: After 10 months of lobbying, activists including News Americas columnist Arthur Piccolo are celebrating the decision by Treasury Secretary Jack Lew to keep Caribbean immigrant and Founding Father of the United States, Alexander Hamilton, on the front of US $10 bills.

The Alexander Hamilton Awareness Society also lauded the decision with AHA Society Founder Rand Scholet noting that since the Nevis-born, St. Croix-raised Hamilton set in motion the US’ economic “strength by establishing financial, banking, investment, and monetary systems, it is most fitting that he remains the ‘ten dollar Founding Father.’”

For months, many including creator of the Broadway hit about Hamilton’s life, Lin-Manuel Miranda, had called for Lew to not remove America’s first U.S. Secretary of State from the front of the US 10 dollar bill in favor of a woman.

On Wednesday, Secretary Lew answered the pleas of thousands, announcing Hamilton will stay on the front of all US$10 bills while the back of the $10 bill will honor the leaders of the women’s suffrage movement — Lucretia Mott, Sojourner Truth, Susan B. Anthony, Elizabeth Cady Stanton and Alice Paul.Hamilton was born out of wedlock in Charlestown, Nevis in the Caribbean on January 11, 1755. His mother, Rachel Faucette later moved with the young Hamilton to St. Croix in the Virgin Islands.

“I’m just reading the @USTreasury news now. Thrilled about all of it,” Miranda tweeted yesterday.

Meanwhile, the front of US $20’s that now carry the image of former President Andrew Jackson will be replaced with abolitionist Harriet Tubman while Jackson’s image will be moved to the back.

The decisions, first reported by Politico, came more than a month after Miranda spoke with Lew about keeping Hamilton on the $10 bill, and about a year after Women on 20s, a nonprofit, began a movement to replace former Jackson with a woman on the $20.

Lew said in a Wednesday conference call that the new bills will be unveiled in 2020, in conjunction with the 19th Amendment’s 100th anniversary.

Lew also said Wednesday there will be a new $5 bill, which will illustrate historic events that took place at the Lincoln Memorial on the back.

The Latest On The Coronavirus Pandemic In The Caribbean

5 Amazing Versatilities Of CBD You Must Know