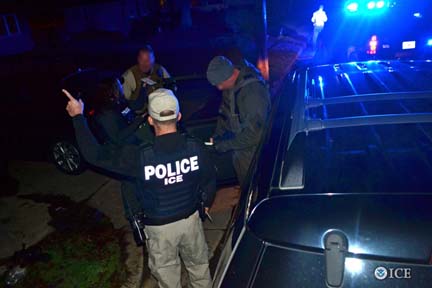 Among those arrested was a Guyana national who had a prior conviction of rape in the third degree. US ICE did not reveal the name or gender of the person arrested as is usual under privacy laws.

But the Guyanese immigrant will be processed for removal from the country.

Other Caribbean nationals arrested were five from the Dominican Republic, two from Trinidad and Tobago and one from Haiti.

Some of the individuals arrested during the enforcement action will be presented for federal prosecution for re-entry after deportation, a felony punishable by up to 20 years in prison.

“Law enforcement operations like this should reassure the public that ICE is committed to putting public safety first,” said Thomas Decker, field office director for ERO New York. “Those who come to the United States to prey upon our neighbors and communities will be prosecuted for their crimes and ultimately returned to their home countries.”

Guyana Police Say Three To Be Charged In 2020 Teen Murders