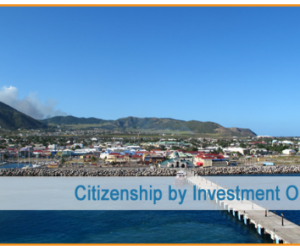 News Americas,  LONDON, England, Fri. July 11, 2014: In the Eastern Caribbean, the offer of citizenship in return for a sizable investment has become an important element in economic recovery. Although different countries have different schemes, the investment related to the sale of citizenship is often in a villa property and increasingly in the part-ownership of a hotel or tourism facility.

For some countries, overseas developers have emerged to package the sums associated with new citizenship into financing for the construction of new hotels, time shares or other forms of tourism scheme; sometimes employing third party agencies to seek out such ‘investors’ who can then be grouped together.

Citizenship schemes, of which there are many globally, provide passports either in return for payment or an investment. Depending on the country concerned the cost can rise to US$1.5m or more, with requirements that range from the challenging to the simple or non-existent when it comes to residence.

Among those most interested in buying a nationality are newly wealthy Chinese and Russians entrepreneurs, citizens of the Middle East, the former Soviet Republics and Africa, and US individuals who want to escape an ever widening tax net.

Late last year, Grenada became the latest Caribbean Government to announce a citizenship program. To help try to put the nation’s fiscal house in order, Government announced it will bring forward a proposal for a program estimated conservatively to bring in US$10m per annum.

Antigua has a similar plan, as do Dominica and St Kitts-Nevis, which offer investment variations on citizenship without a residency requirement.

In contrast, St. Vincent & the Grenadines has said that it will not follow other OECS nations. Its Prime Minister, Dr Ralph Gonsalves, has said that the position of citizen is not for sale indicating instead that he prefers to see the privilege granted to those who invest, reside and then later apply.

That said, the thousands of agency web sites selling citizenship suggest that such schemes enhance investment in tourism, encourage non-domicile residence and result in top end tourism and extended stays.

Whether this is the case or not, it is clear such programs are now emphasizing this aspect.

In Antigua, just two days after taking office, the island’s Prime Minister signed an agreement that will see a Chinese real estate development group invest up to US$2 billion to construct several five-star hotels, over 1,300 residential units, a casino, a conference center and a 27-hole golf course on Guiana Island. It is also reported that Yida Zhang, the principal of the company concerned, is seeking approval under Antigua’s Citizenship by Investment Programme for investors in the project to acquire Antiguan citizenship.

What, however, is not widely understood is that while such schemes, if well crafted, may provide a boost to tourism investment, visitor arrivals and an improvement in the quality of the product, they also have a potential downside for the citizens of the countries concerned and the region.

Such programs are extra-territorial in their effect as the offer of an OECS passport allows the new citizen to move freely within the region, and in some cases beyond to the Schengen area in Europe, to Canada, or to other parts of the world that do not as yet require visas.

Not only is this creating unease within some countries and the suggestion that there is a need to examine the implications in relation to free movement and national security, but it is also clear that external partners are watching closely the development of such programs.

All Caribbean nations should consider carefully the implications and risks that may emerge from the understandable desire to create new sources of revenue and tourism investment.

Worse, if economic citizenship without any significant residence requirement or the most detailed and exhaustive of checks were ever to be proved to have facilitated criminality or terrorism, the measure will not only have become self-defeating for the country concerned, but also potentially damaging to the region as a whole.

Exporters urged to hitch a ride with the Eastern Tiger still waiting to roar...

Excitement Builds For USA vs. The World At Penn Relays