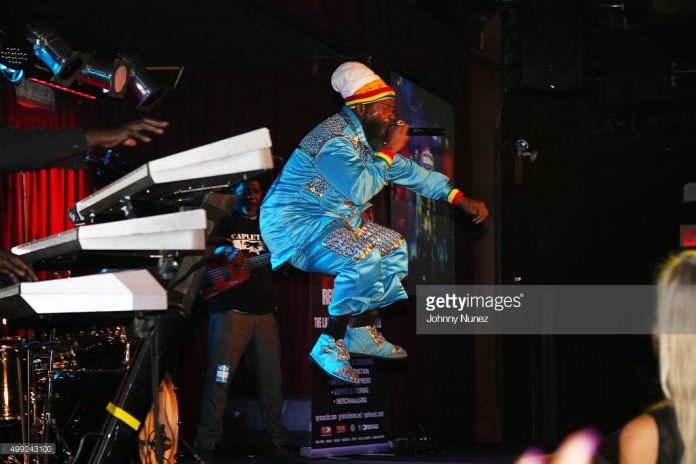 News Americas, NEW YORK, NY, Weds. May 16, 2018: Popular Jamaican reggae and dancehall singer, Capleton, says he is confident of “the victory of good over evil.”

The artist, whose real name is Clifton Bailey, made the comments after emerging on bail Monday following his arrest and imprisonment over the weekend on a rape charge.

A hairdresser reportedly claimed that she went to a New Kingston hotel to groom the 51-year-old entertainer’s hair, but he held her down and had sexual intercourse with her against her will. The woman made a report to the police on May 2nd.

Last Friday, detectives assigned to the Centre for the Investigation of Sexual Offence and Child Abuse (CISOCA) in Jamaica, arrested Capleton.

He spent the weekend in jail and when he appeared in court Monday, the judge ordered bail amounting to J$200,000 and told the entertainer to refrain from contacting the complainant.

Capleton’s attorney, Christopher Townsend, says he is confident his client will be exonerated and confirmed that the woman who filed the rape claim is also being investigated for extortion.

“We anticipate that she will also be in custody shortly. I am quite concerned because it certainly demonstrates that there is one side of the police force that is blind to what the other side is doing,” he said.

Capleton’s manager, Claudette Kemp, added that “demands were being made on the artist and he decided to make a report to the police.”

She told Onstage TV that this was communicated to the person who was making the demands and she subsequently filed a report of rape with CISOCA.

Kemp said Capleton showed up with his attorney for questioning at the Half Way Tree police station and he was then subsequently arrested.

“This won’t mek Capleton get evil. I will continue to do good,” Capleton added in a statement to the media from a car which was ready to take him away to his residence after he was sprung Monday.

Capleton was born in St. Mary Jamaica and got his first big break in 1989, when Stewart Brown, owner of a Toronto-based sound called African Star, flew the untested artist to Canada for a stage show alongside Ninjaman and Flourgon.

He recorded the song that began to establish his significant place in Dancehall, “Alms House,” in 1992. The tune became a big hit in the dancehall, followed up immediately by “Music is a Mission” and the massive hit “Tour.”

Tunes such as “Tour” and “Wings of the Morning” earned him a deal with Russell Simmons’ Def Jam Recordings, which culminated in the ‘Prophecy’ and ‘I-Testament’ albums of the mid-1990s.

By 1993, he was voicing tunes which became increasingly conscious, such as “Prophet” and “Cold Blooded Murderer.” His other songs include “Jah Jah City,” “Good In Her clothes,” and “The Day Will Come.”

Capleton is also referred to as King Shango, King David, The Fireman and The Prophet. His record label is called David House Productions and is known for his Rastafari movement views expressed in his songs.