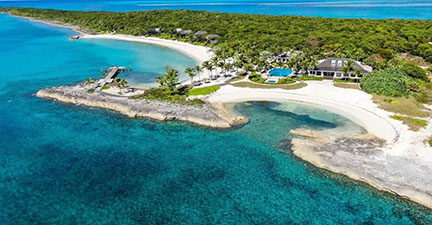 As some of the world’s largest economies mull plans to adopt a global minimum corporate tax, few places may suffer as much as the palm-fringed tax havens in the Caribbean.

With scant natural resources or big industry, much of the region’s economy depends on luring international business with rock-bottom rates. Anguilla, the Cayman Islands, Bahamas, Bermuda, the British Virgin Islands, and Turks and Caicos charge no corporate income tax. Places like Puerto Rico, and Barbados have rates low enough to make them attractive.

Companies have some discretion over where they declare profits, especially from patents, brands and other intangible assets, and can slash their tax bills by moving revenues to subsidiaries in tax havens. The Group of 20 nations, or G-20, wants to crack down on this.

Details are still being hammered out, but negotiators are considering requiring corporations pay a 15% tax regardless of where they’re incorporated. So a German company paying 0% in Bermuda would still owe an additional 15% back home.

That would undermine the incentive for global companies to set up shop on storm-prone islands in the Caribbean, said Bruce Zagaris, an international tax lawyer in Washington, and a member of the Caribbean Policy Consortium.

The economic impact to the region “will be very substantial,” he said, “especially when they are coming out of the pandemic and their main sector, tourism, has been battered.”

The International Monetary Fund says the economy of the Caribbean won’t return to pre-Covid levels until 2025 — later than most regions — due to the “much slower than anticipated” recovery of travel and tourism.

Many of the loopholes that made the Caribbean synonymous with tax shelters have been shut in recent years. Even so, oil giant Royal Dutch Shell Plc. booked $21.5 billion in revenue through Bahamas in 2019, and $848 million in profit, on which it paid no tax, according to the company’s annual report. And in May, the Irish Times reported that a Dublin-based subsidiary of Microsoft Corp. used its Bermuda “tax residence” to book $314 billion in tax-free profit.

Microsoft said in reply to written questions that its organizational and tax structure “reflects our complex global business” and that it is “fully compliant with all local laws and regulations in the countries where we operate.”

The global tax plan still requires approval by the G-20 and members of the Organisation for Economic Co-operation and Development, another international forum of countries. And it may leave some jurisdictions relatively unscathed.