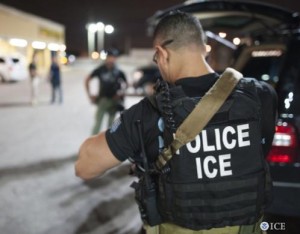 According to the latest data from the Department of Homeland Security, (DHS), over 5,500 Haitians were deported back to their homeland in Fiscal Year 2017, a massive 5,200 more than the previous year.

By contrast, in Fiscal Year 2016, just 310 Haitians were sent back to the Caribbean island on immigration violations.

No other Caribbean nation saw such a remarkable spike in deportees over the past year.

The Dominican Republic by contrast saw 1,986 deportees in the last year, a mere five over the previous year’s total and other Caribbean nations saw even smaller numbers. Jamaica saw a slight drop off from last year at 782 this year.

The Haitian deportee total comes on the heels of the DHS’ announcement that Temporary Protected Status, (TPS), for some 60,000 will end in July 2019; a decision that could see thousands more sent back to the struggling island.

It also comes over a year after a number of Haitian-Americans endorsed and voted for Donald Trump in the 2016 election, insisting that he will “Make Haiti Great Again.”

Meanwhile, the deportee count to other Caribbean nations over the last fiscal year is as follows: