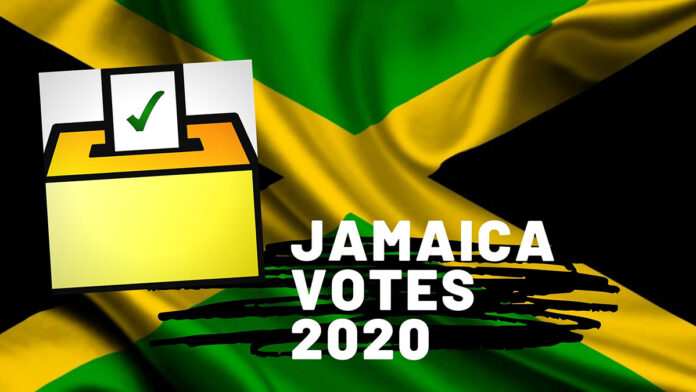 NEWS AMERICAS, NEW YORK, NY, Thurs. Sept. 3, 2020: Jamaica has become the sixth Caribbean nation to go to the polls in a pandemic as voters there are set to vote for a new government today, Sept. 3, 2020.

With over 26 hundred people infected with covid-19 to date and 24 dead, there are concerns that voter turnout could fall below the record low 48 per cent from the 2016 election. On Wednesday, over 200 new cases of the virus were added along with three new deaths.

This as political analysts warn this could cause the elections to be decided by a handful of voters despite public opinion polls consistently showing the governing Jamaica Labour Party (JLP), having commanding double digit leads over the Opposition People’s National Party, (PNP).

The two sides have clashed over a myriad of issues in the weeks leading up to the election, including the JLP’s pandemic response, education and crime. The PNP is fielding a slate of younger candidates championing socially progressive issues while the JLP has capitalised on its effective and WHO-endorsed COVID-19 response as well as veteran candidates to assure voters of its commitment to security and recovery.

Prime Minister Andrew Holness has brushed aside suggestion that he prioritised politics and the calling of the general elections over the health of Jamaicans. But Opposition Leader, Dr Peter Phillips, has blasted the government for the handling of the recent spike, describing as “most disturbing” the “disregard that has been given (by the Government) to the scientific advice of the medical personnel.”

Under the constitution, elections had been required between February 25 and June 10, 2021. However, Holness called early elections on August 11, 2020. Some 1,913,410 persons are on the July 31 voters’ list, up from 1,824,410 in the February 2016 election. A total of 139 candidates have been nominated to contest the general parliamentary elections in 63 constituencies.

Polls open at 7 a.m. and close at 5 p.m. All persons entering polling locations on Election Day will have to wear a mask, be sanitized and have their temperature checked.

Zetas Leader Is Arrested in Mexico

10 Immigration Headlines You May Have Missed While Blinking