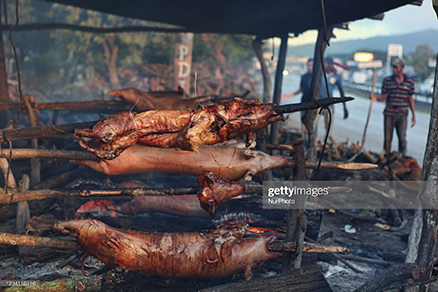 The Caribbean nation’s outbreak started July 1, according to an OIE report, though it was not confirmed through U.S. testing until Wednesday.

Dominican cases have raised concerns about the risk for African swine fever to spread in the region, including to the United States.

The disease is typically fatal to pigs, though harmless to humans. Cases hurt farmers and meat companies financially because animals die and governments often restrict pork shipments from infected nations. Controlling the disease’s spread to new countries in the Americas “will be critical to protect food security and livelihoods of some of the world’s most vulnerable populations,” the OIE said.

The disease originated in Africa before spreading to Europe and Asia and has killed hundreds of millions of pigs, while reshaping global meat and feed markets.

Investigations are underway to determine how it entered the Dominican Republic, the OIE said. Pigs on two farms in provinces located roughly 200 kilometers apart have been infected, according to the report.

An outbreak in Monte Cristi province began July 1 among “animals of different ages and sexes raised in a community-type backyard,” the report said. There were 827 animals that died or were killed.

Another outbreak in in Sánchez Ramírez province began July 14 and involved 15 pigs in a backyard farm that died, according to OIE.

“The great diversity of production and trade systems that currently coexist in the Americas region pose unique additional challenges when it comes to facing this disease,” said Luis Barcos, OIE representative for the Americas.

In China, the world’s biggest pork producer, African swine fever destroyed half the hog herd within a year of being detected there in 2018.

(Reporting by Tom Polansek in Chicago; Editing by David Gregorio)