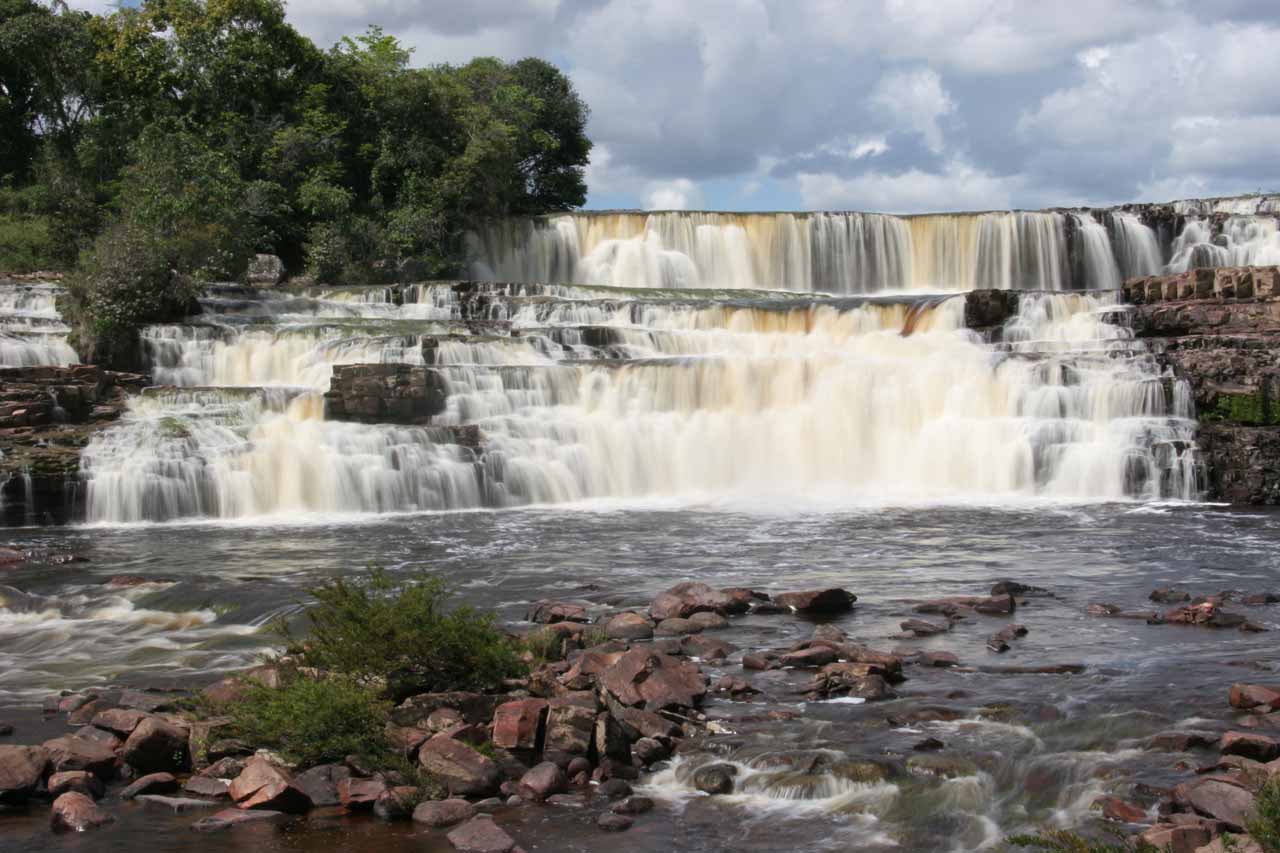 News Americas, NEW YORK, NY, Weds. Nov. 2, 2022 UPDATED: Three days after he disappeared whilst swimming at the Orinduik Falls in the North Pakaraimas, a search and recovery team has found the body of missing NYPD officer, 43-year-old Gladstone Haynes.

Haynes drowned at around 3 p.m. EST on Sunday whilst he and other tourists were at the popular destination in Region Eight (Potaro-Siparuni).

Police said that Haynes and the mother of his children along with other tourists boarded a plane from the Eugene F. Correia International Airport to do a tour of Kaieteur Falls and Orinduik Falls.

“Enquiries disclosed that [Haynes] was swimming below the Orinduik Falls in the water, which was high and streaming heavily at the time. He reportedly went under the surface of the water and disappeared,” police revealed.

After searching for three days, the man’s body was discovered this morning.

Officer Gladstone Haynes of the 70th Precinct in Flatbush was swimming in the waters near Orinduik Falls in Guyana, where he was vacationing, when he disappeared.

The Orinduik Falls lie on the Ireng River, a highland river that thunders over steps and terraces of red jasper on the border of Guyana and Brazil before merging with the Takutu River and into Brazil to join the Amazon River.

The falls are situated amid the rolling, grass-covered hills of the Pakaraima Mountains and is a wide, multi-tiered series of cascades that is approximately 25 m tall and more than 150 m wide.

The 17-year NYPD veteran was swimming with a woman when the currents became too much for the two of them, the New York Daily News quoted police sources as saying.

Rescuers managed to grab the woman, but couldn’t rescue Haynes, the paper reported.

“Basically, he went into some difficulty in the water, and he held another guy’s hand. I don’t know if the guy couldn’t grip him and at that point he went under water and he didn’t come up back after that point,” another tourist who witnessed the apparent drowning told the Guyanese online news site Demerara Waves.

Officer Haynes joined the NYPD in 2005 and has spent most of his career in the 70th Precinct. His father was member of the Guyana Police Force.