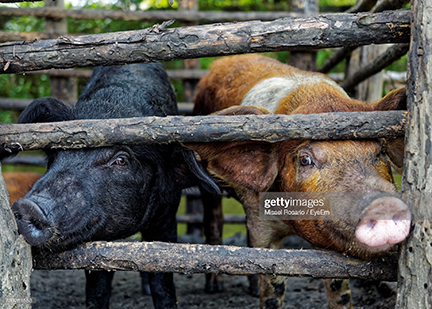 SANTO DOMINGO, DR, Tues. Aug. 3, 2021 (Reuters) – One Caribbean country will slaughter tens of thousands of pigs after detecting outbreaks of African swine fever in 11 of the country’s 32 provinces, authorities said on Monday.

Fernando Duran, administrator of the state-run Banco Agricola in the Dominican Republic , told a news conference the government will pay pig farmers the market price of each animal slaughtered.

Announcement of the slaughter comes after authorities sent 389 samples from pig farms across the country to U.S. laboratories after registering the widespread death of animals in three provinces in the last month.

Authorities said the only way to stop the disease, which is lethal and for which there is no vaccine, is to kill the entire pig population in farms where it has been detected.

Officials are still investigating the origin of the outbreak and have not said how many pigs will be slaughtered.

The government on Friday confirmed the presence of the virus in the Montecristi provinces, in the northwest, and Santiago Rodriguez, in the center of the country, where it has imposed quarantines in farms and sanitary cordons.

Julio Cesar Estevez, director of the Ministry of Agriculture in the Northwest region, told Reuters that brigades equipped with biosecurity suits would handle the slaughter and bury the animals in pits to try to contain the spread of the illness.

Estevez said brigade members would also confiscate pigs raised privately for personal consumption. He estimated that if operations to kill the pig population began immediately, the outbreak could be eradicated in about five months.

Rafael Abel, head of the agriculture committee in the lower house of Congress, last week estimated the slaughter would result in economic losses of around $180 million.

Pork is a staple of the Caribbean country’s diet and a core ingredient of local Christmas dinners.

Violence Against Women Especially Bad In These Caribbean Nations