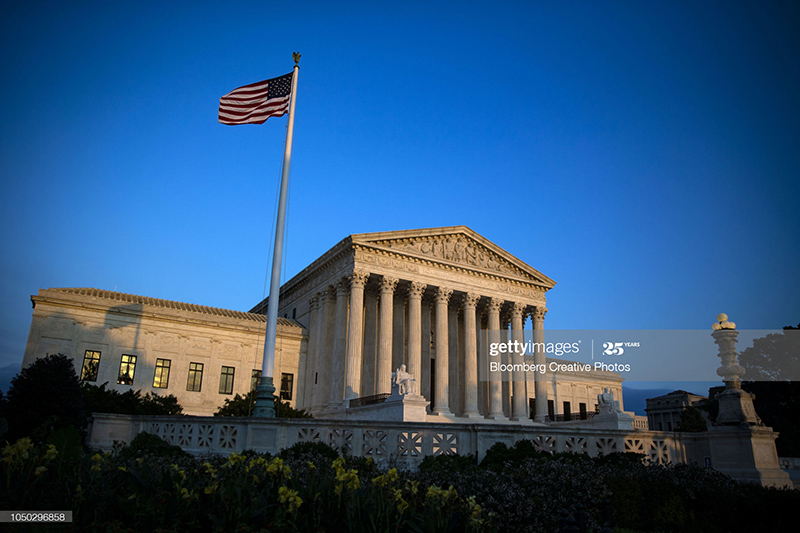 TOA ALTA, Puerto Rico, Sept. 28, 2021 (Reuters) – Emanuel Rivera Fuentes, severely disabled since birth and lying in bed at the home he shares with his parents in Puerto Rico, recites a list of 14 medications he must take daily for medical conditions including cerebral palsy.

The drugs represent just one aspect of the care he requires, a burden that largely falls upon his parents, Abraham Rivera Berrios and Gladys Fuentes Lozada, who adopted him when he was a baby given just weeks to live.

As a resident of Puerto Rico and not the U.S. mainland, he is denied a federal benefit worth hundreds of dollars a month that other Americans are routinely eligible to receive. He and his family argue that this denial is unlawful and are hoping the U.S. Supreme Court will soon rectify the matter.

At issue is whether the U.S. Congress unconstitutionally denied the Supplemental Security Income (SSI) benefit to Puerto Rico’s residents. The nine justices, whose new nine-month term begins next Monday, are scheduled to hear arguments in a case on this issue on Nov. 9.

“It’s discrimination,” Rivera Berrios, 70, said in Spanish, as his son listened from his bed, with a Christian cross fastened with a safety pin next to his striped pillow. “We are American citizens living in Puerto Rico. We don’t receive it. That’s discrimination.”

The family has sued the U.S. Social Security Administration seeking access to the SSI benefits, arguing that the exclusion violates the U.S. Constitution’s guarantee that all people be treated equally under the law.

Their lawsuit is on hold while the Supreme Court considers the matter in a similar case pursued by another Puerto Rico resident, Jose Luis Vaello Madero, who received SSI benefits when he lived in New York but lost eligibility when he moved to the territory in 2013.

More than 300,000 Puerto Rico residents could be eligible for the benefit at a cost of $2 billion annually, the federal government said.

Puerto Rico struggles with a high poverty rate. Its 3 million residents also have reeled in recent years from a financial crisis, Hurricane Maria in 2017 and the COVID-19 pandemic. Many have complained about their treatment by the U.S. government. Puerto Rico’s politics are divided among those who want to remain a semi-independent commonwealth, those who prefer U.S. statehood and those favoring independence.

The Supreme Court has been instrumental in defining the legal status of Puerto Ricans, dating to a series of rulings starting more than a century ago called the “Insular Cases,” some suffused with racist language. The rulings endorsed the notion that the people of newly acquired U.S. territories could receive different treatment than citizens living in U.S. states.

The upcoming case gives the justices an opportunity to roll back or even overturn the Insular Cases.

“The court should recognize that the underlying premise of these cases was basically racist,” Pedro Pierluisi, Puerto Rico’s pro-statehood governor, said in an interview.

In Puerto Rico, the Insular Cases are seen in the same light as widely deplored past Supreme Court rulings including Plessy v. Ferguson (1896), which upheld racial segregation, and Korematsu v. United States (1944), which allowed Japanese-American internment during World War Two. The court later repudiated both rulings.

The Insular Cases helped delineate the rights for the newly acquired territory, previously a Spanish colony. They established that Puerto Ricans and those living in other U.S. territories do not possess the same constitutional rights as people living in U.S. states. Congress later granted Puerto Ricans U.S. citizenship, though they cannot vote in federal elections.

A 1901 Supreme Court ruling called Downes v. Bidwell included an opinion authored by Justice Henry Billings Brown, who five years earlier wrote the Plessy v. Ferguson decision endorsing “separate but equal” racial segregation. Brown referred to territories “inhabited by alien races” who it might not be possible to govern based on “Anglo-Saxon principles.”

Fellow Justice Edward Douglass White endorsed the notion that the United States can seize “an unknown island, peopled with an uncivilized race” without conferring citizenship. Such language conflicted with how the United States previously approached rights for other territories, usually led by white settlers, that eventually achieved statehood.

While some individual justices over the years have lamented the Insular Cases, the court has never outright repudiated them.

The court, which has a 6-3 conservative majority, could decide the upcoming case without addressing those previous rulings. But Vaello Madero’s lawyers have said a ruling against him would affirm the Insular Cases’ “foundational premise.”

President Joe Biden’s administration does not explicitly rely upon the Insular Cases in defending the SSI exclusion, instead citing later rulings based on Puerto Rico’s “unique tax status” including its residents’ exemption from federal income taxes.

It is an argument that some Puerto Ricans, including the governor, have said is inconsistent with Biden’s June statement defending his administration’s decision to pursue the case while also asking Congress to extend benefits like SSI to Puerto Rico.

“There can be no second-class citizens in the United States of America,” Biden said.

Justice Department spokesperson Danielle Blevins said there is “no tension” between Biden’s stance and the department’s legal arguments that she said were “fulfilling its traditional duty to defend the laws enacted by Congress.”

The parents of Emanuel Rivera Fuentes find themselves struggling to pay the bills even as they hope to secure SSI benefits to help buy equipment including a ramp and a new wheelchair for him. For them, the SSI exclusion sends the message that they are not considered fully American.

“You feel unprotected,” Rivera Berrios said. “If you have rights but you don’t receive them, you get annoyed and disappointed. You lose trust in the government. You feel betrayed.”

(Reporting by Lawrence Hurley; Editing by Will Dunham and Scott Malone)