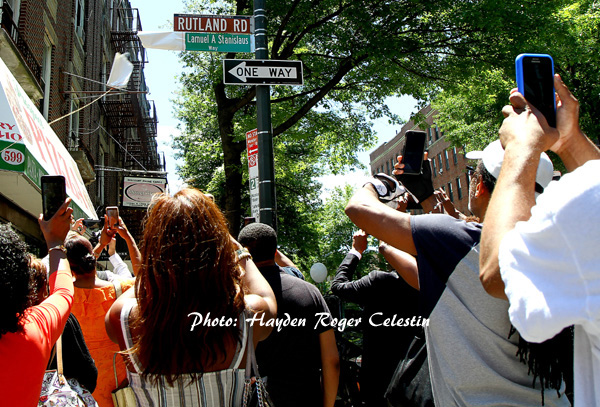 Six small earthquakes, measuring between 3 and 3.5 on the seismic scale, were recorded in the BVI, Puerto Rico and the Dominican Republic Sunday by the USGS.

A burst of small volcanic earthquakes was recorded in southern Dominica over the weekend according to the UWI Seismic Unit.

Barbados recorded its 30th murder of the year Sunday, after a a 28-year-old St James man was shot and killed in St. Michael.

An early autopsy report on Bahamas diplomat Alrae Ramsey and PHd student Blair John show they were alive when they fell into the Po River in Turin, Italy.

Venezuela’s Juan Guaido has asked Jamaica not to seize shares in a government oil refinery on the island.

Jamaicans in South Florida will soon be able to purchase mangoes from ‘yard’ at several Bravo and Presidente supermarkets.

Rutland Road in Brooklyn, New York, was renamed Dr. Lamuel A. Stanislaus Way Saturday, after the Grenadian diplomat and advocate who died in 2016.

And Trinidad-born, Hollywood actress Lorraine Toussaint has reportedly filed for divorce from her husband of two years, Michael Tomlinson.

The Panama Canal Expansion: Who Stands to Gain? – Motley Fool

Obama’s Pyrrhic Victory For The Rest Of Us