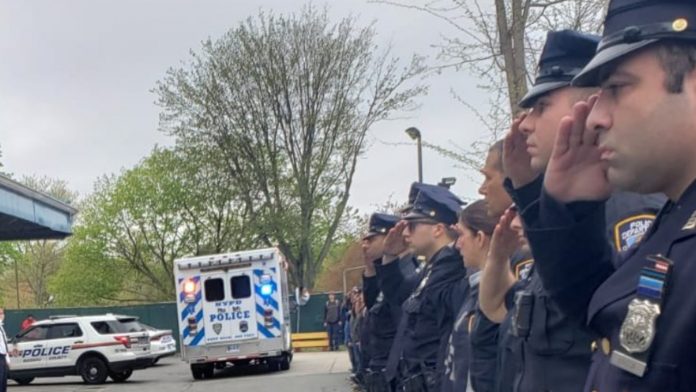 News Americas, NEW YORK, NY, Fri. May 3, 2019: Here are the top news making headlines from the Caribbean and its Diaspora for this Friday morning, May 3, 2019:

NYC’s mayor has joined in mourning the death of Guyanese-born NYPD officer Vincent Persaud who died in a car accident.

Persaud of West Babylon, was killed in a two-car accident in Lynbrook  The 31-year-old cop was stationed in the 101st Precinct in Far Rockaway and was on his way to work, driving west on Peninsula Boulevard when his car collided with another vehicle near the Hempstead Avenue intersection, said Lynbrook Police Lt. Charles McCartney.

Trinidad and Tobago’s murder toll for 2019 now stands at a whopping 172.

St. Lucian officials says it has given 100 doses of the measles vaccine to a ship’s doctor as the vessel remains quarantined in its port.

A tropical cyclone could develop near the Bahamas in the next 5 days, the NHC says.

A man accused of killing an Anguilla hotel worker claims his family were the victims of a brutal attack he did what he could to protect them.

Cuba has no troops in Venezuela and engages in no security operations there a top diplomat has told the AP.

A Dominican national has been convicted of laundering close to $1 million in fraudulently obtained IRS refund checks.

And Puerto Rico is mourning the death of former Gov. Rafael Hernández Colón at 82.

CCJ To Rule Next Week On Guyana Matter