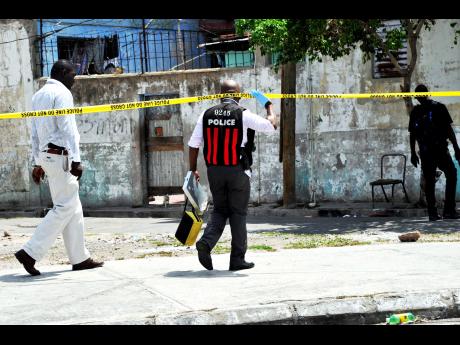 The island nation of Jamaica, a popular tourist destination, continues to experience a spike in murders this year, despite the COVID-19 pandemic and restrictions.

Based on an analysis of murders reported by the Jamaica media, the Caribbean country has passed 823 murders this year, an approximate 8 percent spike from last year.

One of the problematic police divisions, Kingston Central, has seen a 52 per cent increase in murders and a 44 per cent rise in shootings.

Another hot area is St. Jamaica in Montego Bay. St James this week passed the grim mark of 100 homicides since the start of the year. The latest killing involved a top-tier member of the notorious Granville-based ‘Big Yard’ Gang.

One of the latest killings involved two members from a family in Gregory Park family, who were killed in separate incidents a day apart in the low-income St Catherine community, which has recorded three murders since Sunday.

In the latest killing yesterday, unknown assailants posing as customers shot and killed 40-year-old Avalon ‘Paka’ Gutzmore about 10 a.m. inside his shop on Valencia Pathway.

On August 5th, three men were savagely slain by gunmen at a house located off Brooks Level Road in Stony Hill, an area that has recorded five murders in less than a month.

The trio were killed with high-powered weapons about 11:45 a.m.

The U.S. State Department warns Americans to reconsider travel to Jamaica due to crime. It urges nationals to avoid all travel to: Cassava Piece; Downtown Kingston, between Mountain View Avenue and Hagley Park Road, and south of Half Way Tree and Old Hope Roads as well as Trench Town, Tivoli Gardens, and Arnett Gardens; Grants Pen and Standpipe.

The US also warns against travel to Spanish Town and to Canterbury, Clavers Street, Flankers, Hart Street, Norwood and Rose Heights in Montego Bay.

Jamaica has grappled with a crime problem island-wide for years now.

In 2020, the US State Department Crime & Safety Report on Jamaica said “violent crime, including sexual assault, is a serious problem throughout Jamaica, particularly in Kingston and Montego Bay.”

It added that “Jamaica’s police force is understaffed and has limited resources” and “gated resorts are not immune to violent crime.”

The International Monetary Fund (IMF) has cited crime as the number one impediment to Jamaica’s economic growth.