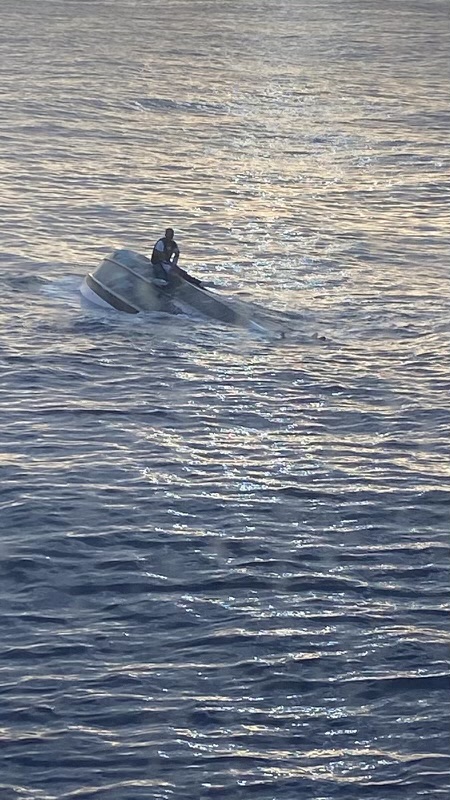 News Americas, NEW YORK, NY, Weds. Jan. 26, 2022: The US Coast Guard say they have only found one body and are still searching for the missing 38 others who were on a boat that capsized in the Atlantic Ocean between the Bahamas and Florida.

The tragedy is being called a human smuggling attempt gone awry. The assumed asylum seekers are feared dead after their boat capsized in stormy seas en route from the Bahamas, about 300 miles from the US coast.

According to the Coast Guard, they were alerted to the tragedy on Tuesday morning after a man believed to be the only survivor of the shipwreck was spotted clinging to the upturned hull of the vessel, 45 miles (72km) east of Fort Pierce.

The man, who was taken to hospital to be treated for symptoms of dehydration and sun exposure, told the authorities he had left the Bahamas Bimini with a group of 39 others on Saturday night, attempting to reach Florida. According to his testimony, none of the passengers was wearing a lifejacket.

The nationality of those onboard was not mentioned.

US officials, who posted a picture of the stranded man, and said it had deployed cutter vessels and aircraft to search an area, stretching from Bimini to Fort Pierce to find the 39 missing people.