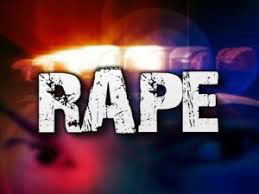 News Americas, GEORGETOWN, Guyana, Weds. Dec. 9, 2020: Two teenage boys have been charged with the heinous crime of raping a seven-year-old girl in the South American CARICOM nation of Guyana.

The boys, aged 15 and 18, were on Tuesday morning, Dec. 8, 2020, arraigned at the Bartica Magistrate’s Court. They were not required to plead to the charge.

The two teens were arrested by police on Saturday, Dec. 5, 2020, for the abduction and rape of the girl who remains hospitalized. It was reported that the child’s mother realized that her daughter was missing when she woke up sometime after 04:00 on Friday Dec. 4, 2020 to use the washroom.

The woman had gone into her children’s bedroom to check on them and noticed that her daughter was not in bed. She said that she made checks in the house but upon seeing the house door opened, she raised an alarm.

Neighbors joined her in her search for the child and they found her in a bushy area a short distance from her home. The child was covered in blood, naked and in an unconscious state. She was picked up and rushed to the Bartica Hospital.

The search party also found one of the suspects in the area. The furious residents armed themselves with pieces of wood and dealt the suspect several blows about his body. During the beating, he revealed the name of his accomplice in the heinous crime.

The teens will make their next court appearance on December 31, 2020 for filing of statements.