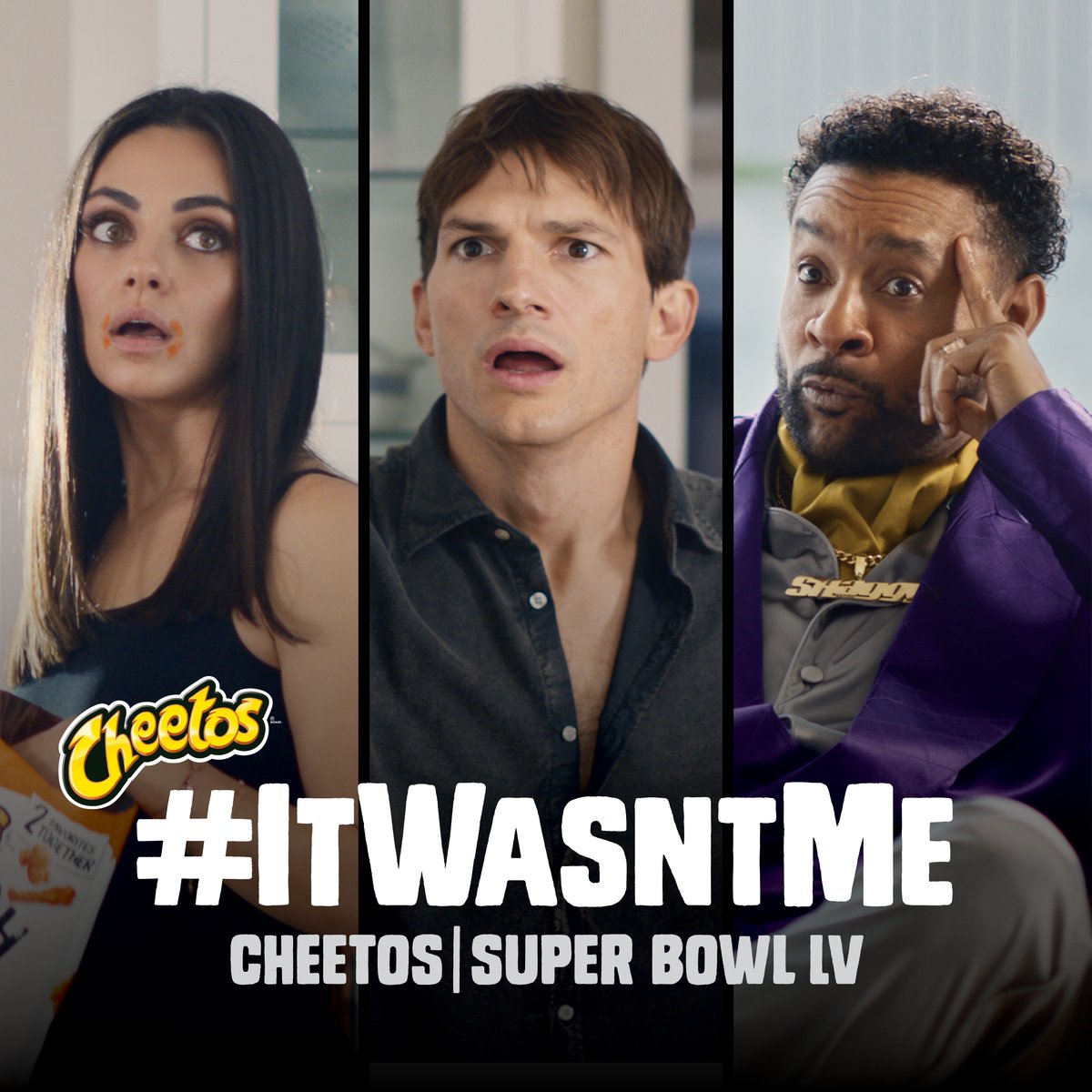 News Americas, NEW YORK, NY, Tues. Feb. 9, 2021: Grammy Award-winning Jamaican reggae star Shaggy’s ‘It Wasn’t Me’ scored another touch down this week as his appearance in the Cheetos Super Bowl commercial made the Ad Meter cut for Top 10 best commercials from the Big Game.

Cheeto’s featured Mila Kunis and Ashton Kutcher along with Shaggy in it commercial Sunday night that spotlighted on the singer’s most famous song, “It Wasn’t Me” by Shaggy.

In the commercial, Kutcher and Kunis helped remix Shaggy’s iconic song with a mischievous twist, offering a tip on what to do when caught sneaking Cheetos from your loved one’s stash.

As Kutcher continuously caught Kunis ‘orange-handed’ around the house — eating his bag of Cheetos Crunch Pop Mix and questions her, she has the perfect response: “It Wasn’t Me,” thanks to Shaggy.

On Twitter, the ad received rave reviews with some calling it “better than the game,” while others said it made them smile and the “commercial with Shaggy was the best part of the super bowl.” The reviews and fan votes helped it to take the 7th spot on the Top 10 list compiled by US Today.

“It’s been 21 years since ‘It Wasn’t Me’ came out, and it’s still the perfect response to getting caught,” Shaggy posted on Instagram while thanking all who made it possible.

“Mila and I both remember when ‘It Wasn’t Me’ came out 20 years ago when we were first working together on That 70s Show, so it’s really cool to come full circle with Cheetos, work together again and remix this song,” Kutcher said. “We’ve rarely done projects together since then, but the concept was so fun and relatable. And we couldn’t pass up the chance to be in this Super Bowl commercial.”

If you missed it, see the commercial here