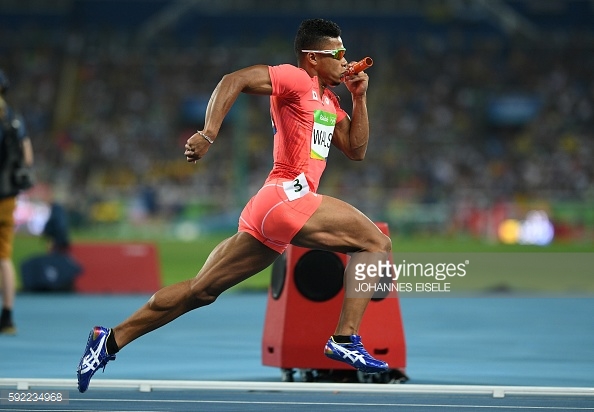 News Americas, NEW YORK, NY, Thurs. April 13, 2017: Here are the stories making headlines in sports from the Caribbean and its Diaspora for this week ending April 13, 2017.

The count-down has begun to the IAAF/BTC World Relays in the Bahamas. The Relays is set for April 22-23, 2017. The host nation has named a team of 31 athletes for the Relays

Jamaican-Born Athlete To Run For Japan In Nassau

Twenty-year-old Jamaican-born athlete Julian Jrummi Walsh will represent Japan in the 4x400m relays at the IAAF/BTC World Relays in the Bahamas. Walsh is the son of reggae drummer Emanuel Walsh, who married a Japanese woman and has lived in Japan for almost 20 years.

The event will feature athletes from 40 countries compete across the two days to win the coveted Golden Baton and guaranteed qualification for the 4x100m and 4x400m relays at this August’s IAAF World Championships London 2017.

Tickets are on sale at nsa-bahamas.com/

The United States, Canada and Mexico are teaming up in a bid to host the 2026 World Cup. The official announcement came on Monday at a media event in New York, with the heads of all three federations signing a Memorandum of Understanding.

Several Jamaican athletes and high schools have qualified to participate in this year’s Penn Relays. The prestigious track and field carnival will be held April 27-29 on the campus of the University of Pennsylvania. Among the Jamaican high schoolers participating are Susan Francis of Holmwood Tech, Annia Ashley of Edwin Allen,          Tissanna Hickling of St. Jago,            Aiko Jones of Wolmer’s Girls and Rodgers Aryamanya of Kingston College.

Team Jamaica Bickle (TJB), formed in 1994, under the leadership of Irwine G. Clare Sr., O.D., to host young high school and college athletes from Jamaica and the wider Caribbean at the annual Penn Relays, continues push on with its fundraising efforts enthusiastically. Donations to TJB may be made at teamjamaicabickle.org/ or by mail to 242-14 Merrick Blvd., Rosedale, NY 11422.

Despite a valiant effort and a win in the first One Day International, the West Indies men were unable to hold on for a win in the second and final matches, leading to Pakistan leveling the series. Pakistan won the second and third ODIs on Sunday, April 10 and Tuesday April 11th. In the third ODI at the Providence Stadium in Guyana, the visitors won by six wickets, scoring 236 from their 50 overs. Windies had earlier scored 233 off 9 wickets and their 50 overs.  The two sides next clash in the test match on April 21st at Sabina Park, Jamaica.

The United States, Canada and Mexico are teaming up in a bid to host the 2026 World Cup. Sunil Gulati, United States Soccer Federation president and FIFA Council member, made the disclosure this week and revealed that the initial plan calls for the United States to host 60 of the 80 scheduled matches. Canada and Mexico would each host 10. All matches from the quarterfinals forward would be held in the USA. FIFA will not be making a decision on the host for the 2026 World Cup until May of 2020. It is unclear how Donald Trump’s plan to build a wall between the US and Mexico could impact the deal.