News Americas, NEW YORK, NY, Fri. Mar.17, 2017: Here are the stories making headlines in sports from the Caribbean and its Diaspora for this week ending Mar.17, 2017.

The former manager of the West Indies cricket team has questioned the professionalism of the embattled West Indies cricket team, following their reprehensible defeat at the hands of England in recent One-Day International series. Omar Khan, who managed the West Indies in 2006 and produced draws against England and a win over Sri Lanka in two Test series, was quoted by Guardian newspaper as saying: “It is really disheartening and disappointing to see the way the West Indies are playing at the moment. The way they went about their business and I say business because this is business, sport is serious business, I looked at the body language and they did not look like professionals.” Khan feels that the value of professionalism appeared to be lost on the team, with the emphasis being seemingly placed on individual performances.

His comments come as Pakistan clinched a thrilling 56-run win over West Indies in the day-night Test in Dubai despite a Darren Bravo century on the final day Thursday.

Mohammad Amir took 3-63 for the hosts, his best figures since his return from a spot-fixing ban, to ensure victory for the hosts in their 400th Test.

Pakistan wrapped up victory with 12 overs to spare.

The second match of the three-Test series starts on Friday in Abu Dhabi.

Meanwhile, organizers of the Jamaica International Invitational have released the names of some of the world’s top athletes set to compete at the IAAF World Challenge meeting on May 20th. Jamaica’s double Olympic champion Elaine Thompson leads the charge while World 100m hurdles record-holder Kendra Harrison will be making her first trip to Jamaica. Olympic 200m silver medalist Andre De Grasse will take on world 400m silver medalist LaShawn Merritt over half a lap of the track, while former world 100m record-holder Asafa Powell will be joined by Mike Rodgers of the USA in the 100m. 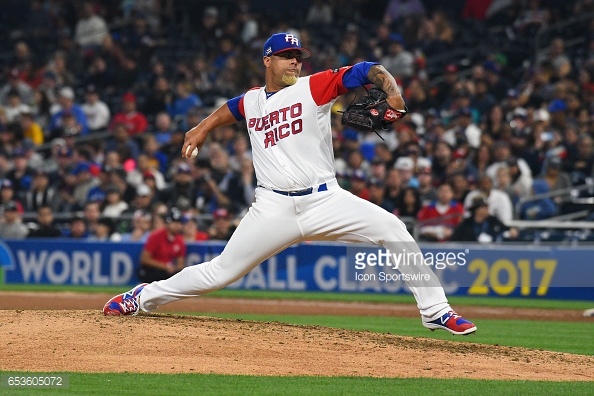 Puerto Rico created history Tuesday night, knocking off the Dominican Republic, 3-1, for the first time since 2006 and ending its 11-game winning streak in the second round of the World Baseball Classic. Puerto Rico now takes on the United States tonight, Friday, Mar. 17th at 10 p.m.at Petco Park in San Diego, CA.

Professor Sir Hilary Beckles, Vice-Chancellor of the University of the West Indies (UWI), was recently inducted into the United States Cricket Hall of Fame – the oldest such organization in the world – in recognition of his many contributions to the advancement of West Indies and world cricket.

Sir Hilary was inducted on March 7th in Hartford, Connecticut. Sir Hilary, who began his cricket career playing at youth level for Warwickshire county in England, where he was mentored by Guyana and West Indies legends Rohan Kanhai and Lance Gibbs, chose instead the path to academia.