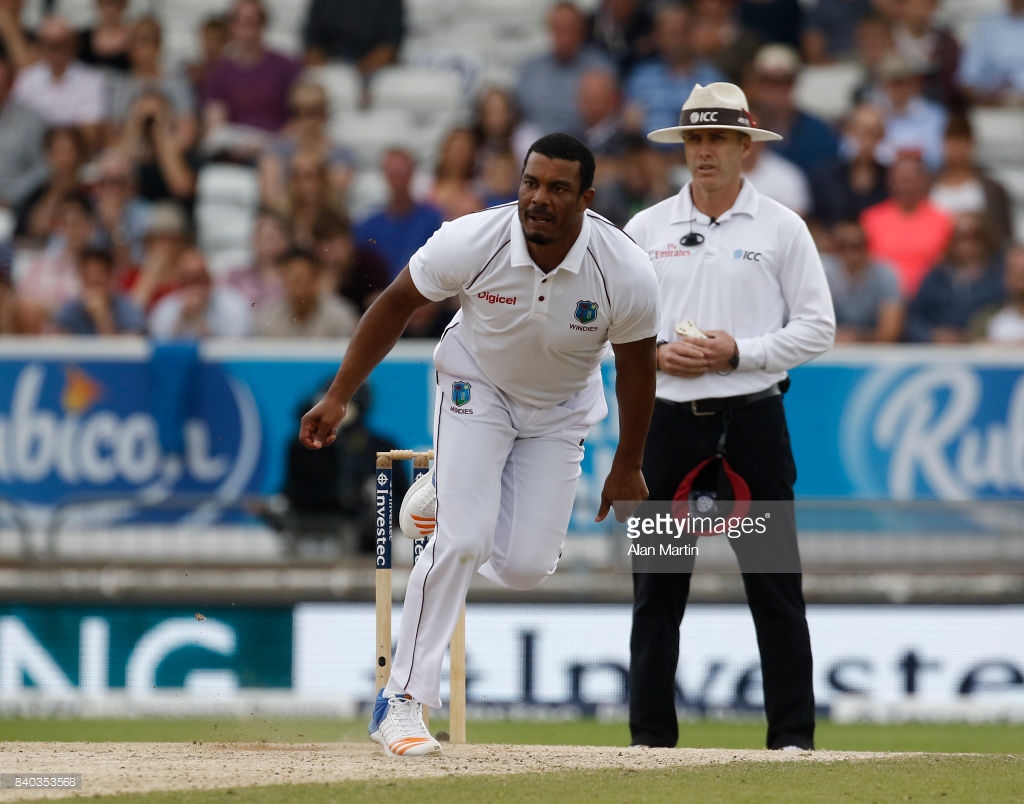 News Americas, NEW YORK, NY, Fri. June 22, 2018: On the back of his 13-wicket haul in the second Test against Sri Lanka that ended in a draw on Monday, Trinidad and Tobago’s Shannon Gabriel has shot up 11 places to number 12 in the current ICC bowling rankings.

The 30-year-old Gabriel returned figures of 5 for 59 and 8 for 62 (13 for 121) as the West Indies played to a draw against the visitors and maintained their 1-0 lead in the three-Test series. The match haul means that the fiery fast bowler now has 17 wickets in the series so far at an average of 13.6 runs per wicket.

Only three times in the last 23 years has a West Indies bowler taken five wickets in each innings. Only Michael Holding’s 14 for 149 against England in 1976 and Courtney Walsh’s 13 for 55 against New Zealand have produced better match figures in a Test than Shannon Gabriel.