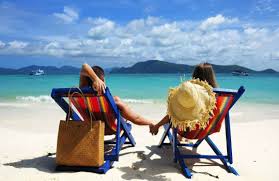 News Americas, LONDON, England, Weds. Mar. 11, 2015: Visitor arrivals to the Caribbean are again increasing. This is good news, but not the whole story.

As has been widely reported, preliminary figures collated by the Caribbean Tourism Organisation (CTO) in their recent state of the industry report showed that a total of 26.3m visitors chose the Caribbean for a land based vacation in 2014. This was a 5.2% increase over the 25m who travelled to the region the year before.

According to CTO, the best performing Caribbean destinations, in terms of numbers, were the Dominican Republic with a 9.6% increase to 5.1m visitors in 2014, Aruba which was up by 9.5% to 1m arrivals, and Cuba up by 5.3% to just over 3m travellers.

The figures do not include cruise ship arrivals which jumped by 8% in 2014 to 24m with the cruise destinations showing the greatest growth being the Bahamas, Cozumel, the Cayman Islands, St Maarten, Jamaica, and Puerto Rico.

Although the figures demonstrate that at last a stable region-wide tourism-led recovery is underway, the headline figures tell us little about what parts of the industry are prospering, whether it has returned to profitability, or the extent to which Caribbean hoteliers, service providers or the Caribbean economy is benefitting.

What appears to be happening is despite an only modest improvement in the global economy, visitors are getting their appetite back for the Caribbean.

This appears to be because disposable income is growing again, particularly in the traditional markets in North America and Europe, as well as in new feeder markets in Latin America. It also coincides with the opening of more air services via important new gateways like Panama City and a 6% increase in airlift to the region as the carriers slowly move back into surplus and Caribbean governments are able to provide the incentives the airlines require.

Particularly noticeable in 2014, and reflecting for instance a greater willingness of the middle class in Europe and North America to return to long haul travel, was the significant growth in arrivals in 2014 during the lower-cost summer period. Then visitor numbers almost doubled in comparison to those the year before.

That said, Caribbean tourism is an industry crying out for greater public statistical analysis.

For instance what the CTO statistics, as important as they are, do not reveal in any detail is whether for example the heavy room rate discounting after 2008 has receded, whether the yield per bed night has increased to pre-2007 levels, and whether the increase in visitor arrivals is happening rapidly enough to return the industry to long term profitability.

CTO did report that an analysis of data provided by Smith Travel Research, the US company which tracks the overall performance of the hotel sector, revealed that Caribbean hotels earned more revenue in 2014, that room occupancy rates improved slightly, and average revenue per available room was up 5.7%. However, it did not indicate how this was spread across the industry or if these

averages are enough to enable older or tired Caribbean owned properties to undertake the upgrades and training that some so badly need.

The figures also do not indicate the types of properties where visitors are now staying.

Over the past five to ten years there has been a dramatic growth in chain hotels across the region, in boutique hotels aimed at upscale visitors, and in the numbers of rooms available in condominiums, villas or apartments.

Anecdotal evidence suggests that chain hotels, boutique hotels, and city centre hotels in the case of Jamaica and Trinidad, are doing well, while in destinations like Barbados, villas and condominiums are proving particularly popular and drawing visitors away from more traditional properties. If this is correct, it suggests that some traditional hotels in the region may not be prospering or able to take advantage of the upswing in arrivals.

Speaking after CTO had announced the 2014 tourism arrivals figures, the Organisation’s Chair, Richard Sealy, Barbados’ Minister of Tourism, noted that despite global competition, Caribbean holidays were still in demand, stability was returning to the markets and consumer confidence was growing.

Minister Sealy also noted that the Caribbean’s tourism industry was vital for the creation of opportunities for the people of the region, and critical to the promotion of economic development.

His message is an important one. Tourism’s growth and success remain a central element in almost every single Caribbean economy, generating income, taxes and a whole host of other services and industries. Despite this the subject is not much debated at a regional level in a manner that involves the private sector that delivers the product and takes the economic risk.

It is why it is so vital that the region has a strong regional private sector counterpart able to work with CTO to put the case for the industry.

Traditionally this role has been played by the Caribbean Hotels and Tourism Association (CHTA). The body, which after what some in the industry regard as missteps, recently appointed a new Chief Executive Officer, Frank Comito, the former Executive Vice President of the Bahamas Hotel Association whose experience and knowledge of the region is substantial.

This month he and a new team take over the running of what is the region’s largest and potentially most influential private sector body; one that needs to speak more loudly on behalf of the industry in the most tourism dependent region in the world.

Over the last fifty years the tourism industry in the Caribbean has emerged from political rejection and social suspicion, but has still to clearly and publicly set out where it wishes to go, the developmental role its sees itself playing in the region, and clearly and consistently identify the key challenges affecting tourism.

As the industry recovers and stability returns it is vital that the gains are consolidated in ways that bring sustained profitability, and by extension long-term benefits in the form of employment, government revenue and economic growth.

For this reason it is important to look beyond the arrival figures, and to develop a more detailed understanding of how each part of this complex industry is performing and the broader benefits it

brings. With such facts, those who represent the private sector part of the industry ought to be better able to re-engage with the region’s political leadership and encourage Governments and the public sector to see how the industry might bring greater long term economic benefit.